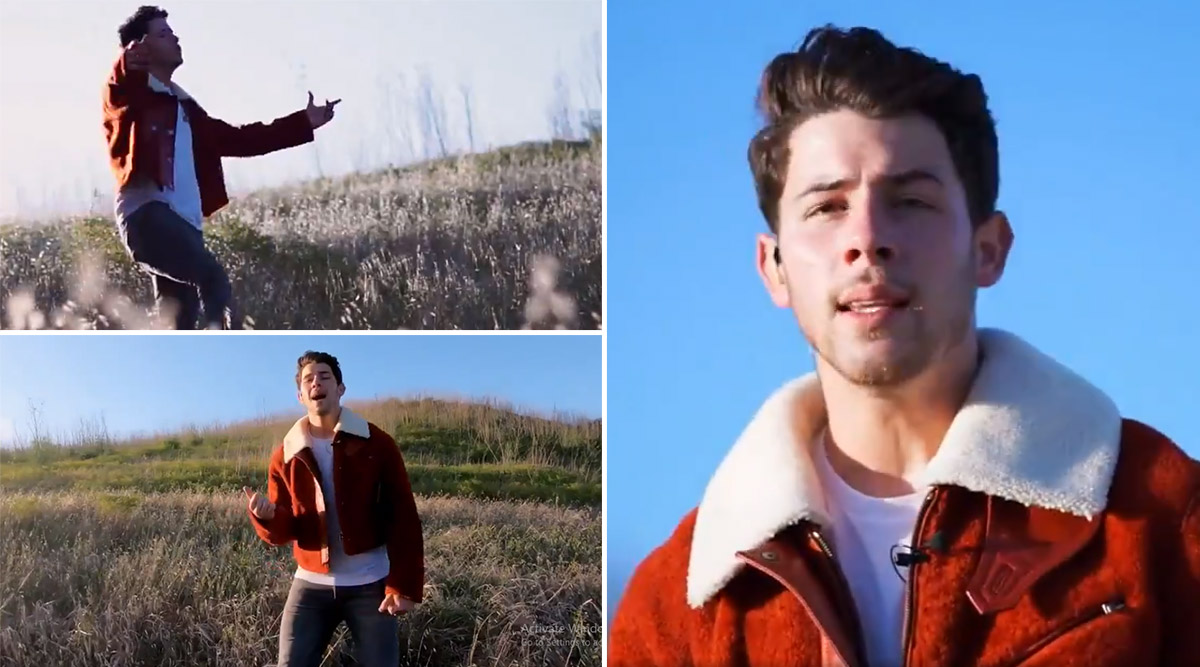 Nick Jonas was the first time coach of the reality singing show, The Voice. Nick who was the coach of the eighteenth season, wrote and recorded a new song for the finale, titled “Until We Meet Again”. Earlier today Nick had announced that he would be releasing this new song on the internet and it is indeed a beautiful track, but the major surprise was towards the end of the track. It featured his ladylove Priyanka Chopra Jonas. The Voice Season 18: Watch Nick Jonas’ Special Performance with Fellow Coaches John Legend, Kelly Clarkson and Blake Shelton on the Hit Song ‘Jealous’.

The music video “Until We Meet Again” has been shot at Nick Jonas’ place of residence in California. Before sharing the track, Nick shared a post that read, “Wrote a new song called #UntilWeMeetAgain to perform on tonight’s #TheVoiceFinale and it’s out now! A portion of the proceeds will be donated to @FeedingAmerica. Thank you all for an amazing first season on @nbcthevoice!!” Through this song, Nick Jonas has thanked all the frontline medical workers who are fighting against the novel coronavirus. The Voice Season 18: Priyanka Chopra Cheers For Husband Nick Jonas As He Takes Up The New Responsibility as Coach (View Pics).

Watch The Song “Until We Meet Again” Below:

Talking about the winner of the season of The Voice, Todd Tilgham was crowned as the winner of season 18. Stay tuned for more updates from the world of entertainment!