Rahul Roy's LAC- The Live Battle co-star Nishant Singh Malkhani revealed the exact turn of events and why the actor may have suffered a brain stroke suddenly. 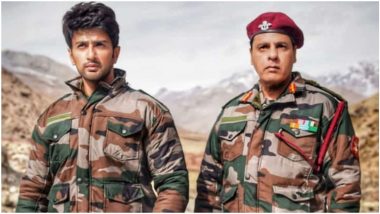 Bollywood actor Rahul Roy suffered a brain stroke while he was shooting for his digital venture  LAC - The Live Battle with Bigg Boss 14 contestant Nishant Singh Malkhani. The actor who was in Kargil was immediately rushed to an army hospital and was later airlifted to Mumbai's Nanavati hospital. His treatment is currently going on in the hospital and the actor is admitted in the ICU. While details of the incident are yet unknown, Nishant in his conversation with E Times has revealed as to why Roy may have suffered a brain stroke suddenly.

"Rahul was a bit dull on Tuesday initially, and we suddenly observed that he was not able to deliver his dialogues. He was not forgetting them but he was groping for words to complete sentences, he just could not form sentences. Then, around evening, he started to behave a little unusually, idhar udhar dekhne laga and we strongly sensed that something was wrong," said Nishant in his conversation with E Times.  Rahul Roy Hospitalised Due to Brain Stroke, Raveen Tandon Prays for His Speedy Recovery.

Nishant also revealed how the actor was fine until Monday night but his condition changed on Tuesday morning. He believes the harsh weather of Kargil currently could be a major reason for his brain stroke. The temperature in Kargil is -15 degree centigrade currently and the severe cold could have trigged the situation.

While the doctors at Nanavati insist Rahul Roy's condition is stable, they have also mentioned that his recovery will take some time. Here's wishing him a very speedy recovery.

(The above story first appeared on LatestLY on Nov 30, 2020 09:28 AM IST. For more news and updates on politics, world, sports, entertainment and lifestyle, log on to our website latestly.com).