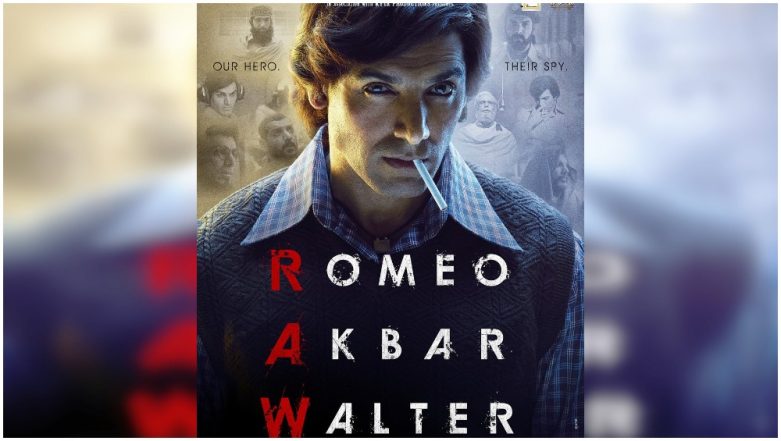 John Abraham loves military-themed movies, na? Competing with Akshay Kumar as the nationalist hero of our generation, John Abraham has found hits with this new wave in 2018 with Parmanu: The Story of Pokhran and Satyameva Jayate. John has a couple more interesting films releasing this year, one of them being Romeo Akbar Walter or RAW in short. The movie is a thriller based on real-life events (that is becoming a trend these days), where John is playing a spy! John Abraham-Mouni Roy’s Romeo Akbar Walter – RAW to Release on April 12, 2019.

The handsome hunk has released the first look of the film on Twitter and it is an intriguing one. It has John Abraham in a very '80s kind of look, with thick hair and a sweater. Behind that one image, we can see other getups of his character, from being an old man to a bearded Muslim guy to a cop and so on. The caption is also interesting - "One man. Many faces. One mission - to protect his country. Presenting ‘Romeo’ from #RAW, based on the true story of a patriot." The poster has confirmed that the movie will come out on April 12, 2019. Whoa! John Abraham Loses 18 Kgs for His Next, Romeo Akbar Walter Aka RAW Opposite Mouni Roy.

Earlier, the makers were looking to cast Sushant Singh Rajput in the lead role of the film. However, for unspecified reasons, Sushant had walked out of Romeo Walter Akbar and John was roped in as the protagonist.