Looks like John Woo has many fans in Bollywood. His Hard Boiled had also inspired the climax of a popular Akshay Kumar-Suniel Shetty movie from the '90s. Read to know more... 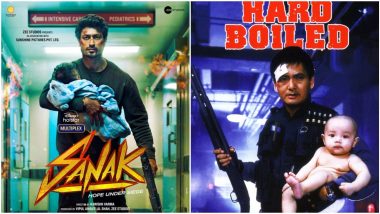 After Khuda Haafiz, yet another Vidyut Jammwal movie is reaching Disney+ Hotstar in Sanak. Directed by Kanishk Varma and produced by Zee Studios and Sunshine Pictures, Sanak is an action thriller that would hopefully satiate all Vidyut fans, as the martial artist is known for some great action chops. It was recently updated that the movie will arrive on the platform on October 15. The makers had already revealed the first look poster of the actor from the movie. Sanak: Vidyut Jammwal’s Action Thriller To Release on Disney+ Hotstar on October 15; Check Out New Poster!

The poster has him walking down a hospital corridor with a grim expression on his injured face, a baby in one of his hands and a gun in the other. Quite a cool look, but we have a sense of deja vu when we laid our eyes on it. For the poster bears quite a close similarity to that of one for Hard Boiled, a 1992 Hong Kong cop thriller directed by John Woo.

Here's the poster for Sanak:

And now here is also the poster for Hard Boiled: 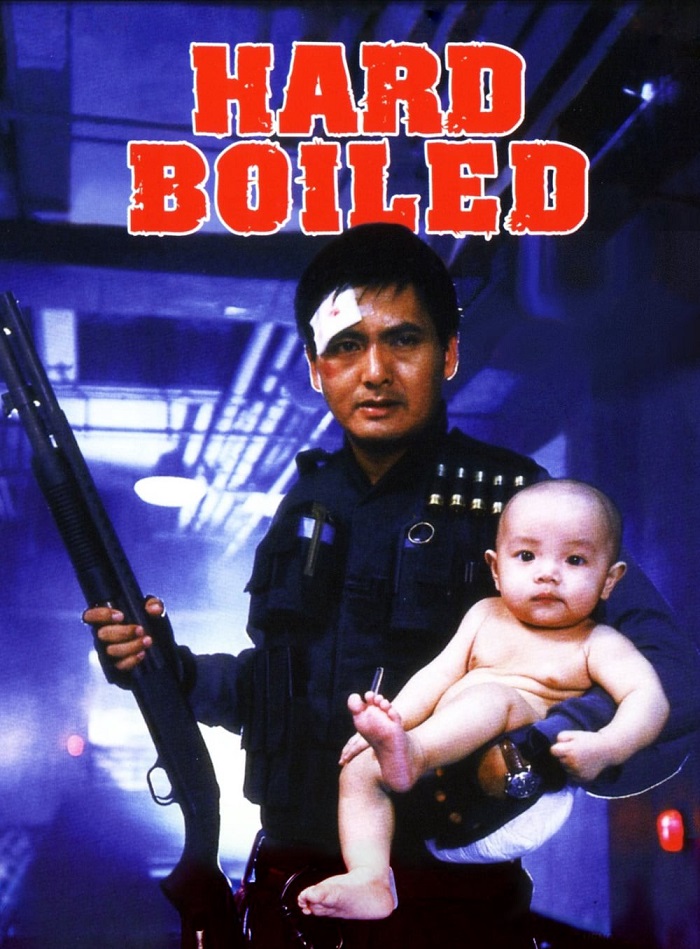 As you can see the similarities are glarities. In the Hard Boiled poster, the above still is taken from a hospital shootout scene where, Chow Yun-fat's cop character rescues a baby while taking down criminals.

Now we don't know if Sanak is a remake of Hard Boiled, for which we have to wait for the trailer to arrive. As per a report in Bollywood Hungama, the movie is said to be inspired by Denzel Washington's John Q, which, funnily, enough was already remake in Hindi as Sanjay Dutt's 2006 film Tathastu, directed by Anubhav Sinha. Sanak: Preggers Neha Dhupia Dubs for Her Action Film Amid 'Breathlessness, Back Ache & Burps’.

(The above story first appeared on LatestLY on Sep 29, 2021 01:30 PM IST. For more news and updates on politics, world, sports, entertainment and lifestyle, log on to our website latestly.com).