The coronavirus outbreak has had a drastic impact on the entertainment industry. Owing to the ongoing global crisis, there are several makers who have decided to release their films on OTT platform. 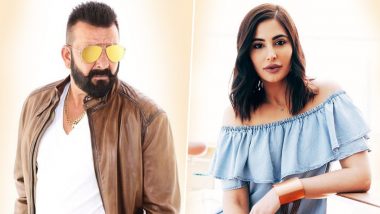 The coronavirus outbreak has had a drastic impact on the entertainment industry. The shootings of films had to be suspended considering the safety of the cast and crew. There are several makers who have decided to release their films on OTT platform. Now the latest the film that is said to get a digital premiere is Sanjay Dutt and Nargis Fakhri starrer Torbaaz. According to a report in a leading tabloid, Torbaaz is going to get a direct web release and the month expected is October. Sanjay Dutt Made Me Feel Comfortable in ‘Torbaaz’: Humayoon Shams Khan.

Torbaaz, directed by Girish Malik, Sanjay Dutt will be seen playing the role of an army officer. A source revealed to Mid-Day that Torbaaz would be hitting on Netflix. The source was quoted as saying, “The OTT giant will announce its new slate this week. Torbaaz, which revolves around child suicide bombers in Afghanistan, is one of the many films that it has acquired in the past month. Though the release date of each project has yet to be determined, the Girish Malik-directed venture is pacing towards completion.” Bhuj: The Pride of India on Disney +Hotstar: Ajay Devgn and Sanjay Dutt Look Intense In The Indo-Pak War Movie Posters.

If Torbaaz is also getting a direct web release, then it would be the third film of Sanjay Dutt to get release on OTT platform. Sadak 2 and Bhuj: The Pride of India are the other two films of Sanjay Dutt that are confirmed to release on the OTT platform, Disney+ Hotstar. Regarding Torbaaz's release on Netflix, the makers are yet to make an official announcement on the same.

(The above story first appeared on LatestLY on Jul 14, 2020 09:54 AM IST. For more news and updates on politics, world, sports, entertainment and lifestyle, log on to our website latestly.com).