Satellite Shankar First Look: Sooraj Pancholi Returns After ‘Hero’ and This Time He Is a Soldier! View New Posters 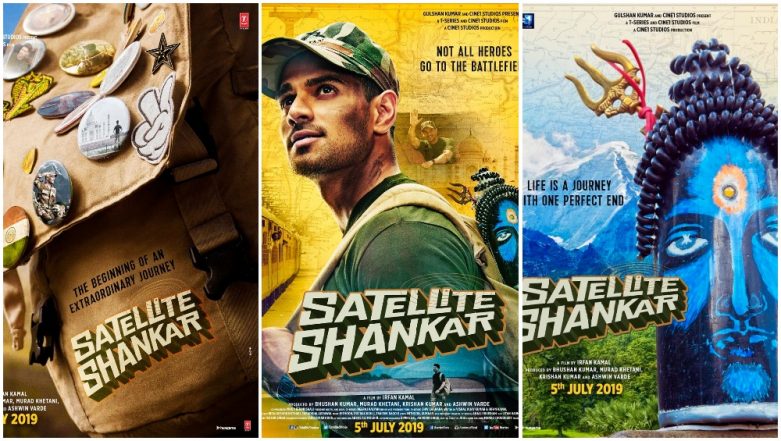 Sooraj Pancholi, the son of veteran actors Aditya Pancholi and Zarina Wahab, had made his debut back in 2015. Along with Suneil Shetty's daughter Athiya, he was launched in a grand way by Salman Khan himself through his production, Hero. However, despite that grand launch, the movie tanked at the box office. Sooraj Pancholi was also later accused of being instrumental in the suicide of his ex-girlfriend, actress Jiah Khan. Sooraj Pancholi Starts Shooting for His Next Project Satellite Shankar – View Pic.

Thanks to these circumstances, it took four years for Sooraj to be a lead in his second film, Satellite Shankar. The film is produced by Bhushan Kumar, Murad Khetani, Krishan Kumar and Ashwin Varde and is directed by Irfan Kamal. Kamal had earlier scripted Krrish 3 and also made his directorial debut with the social drama, Thanks Maa. Sooraj Pancholi has taken to Twitter to share the posters of Satellite Shankar.

The first poster shows a part of a soldier's uniform with little pinups on it that show Sooraj in a soldier's garb, as well as the tricolour and him standing in front of some places like the Taj Mahal.

The second poster of Satellite Shankar is more intriguing as it features a painted shiv-ling with a telephone cord wrapped on the top of it. Perhaps, this gives significance to the inclusion of the word 'Shanker', another name for Lord Shiva, in the title of the film. On a closer look, that isn't exactly a shivling but some sort of spy device. Katrina Kaif's Sister Isabelle Finally Makes Her Bollywood Debut Opposite Sooraj Pancholi.

And finally, there is a third poster that reveals Sooraj properly in the soldier's uniform with that spy device in his backpack. The tagline is intriguing - 'Not All Heroes Go To The Battlefield'.

Tamil actress Megha Akash is the female lead in the film. Satellite Shankar is all set to release on July 5, 2019.