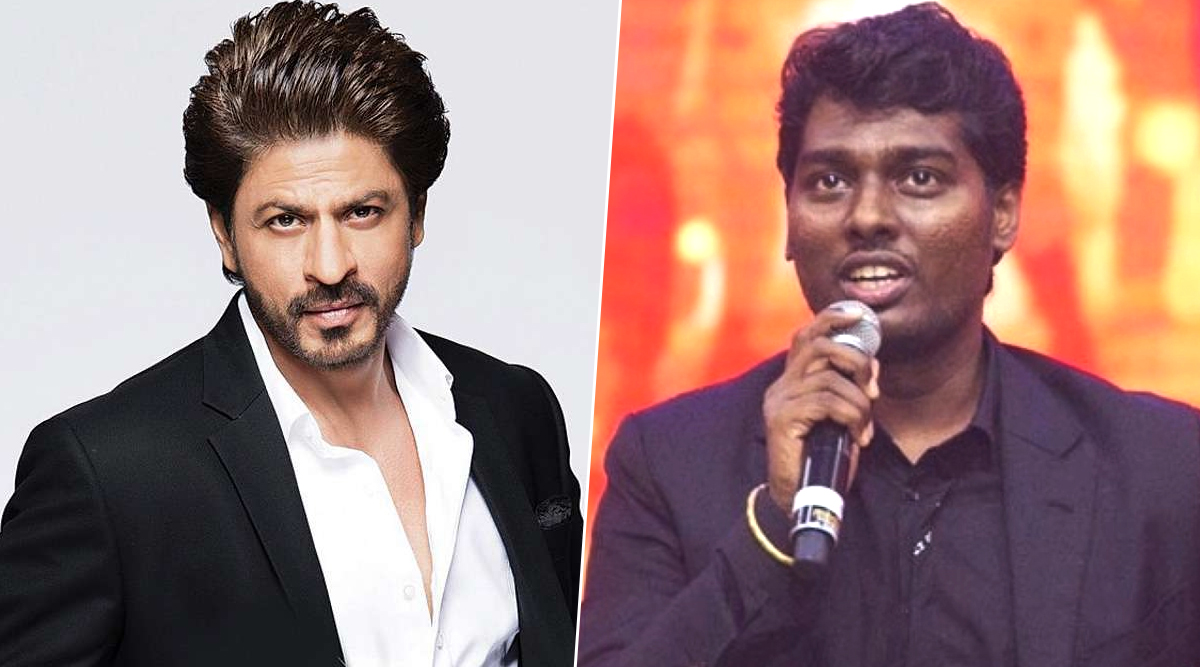 Speculations about Atlee collaborating with Shah Rukh Khan for a film started when the south filmmaker met King Khan in Mumbai. All that fans wanted was an official announcement. Atlee has worked with the leading superstars down south. This popular filmmaker of Kollywood has helmed films such as Raja Rani, Theri, Mersal and Bigil. His last film with Thalapathy Vijay grossed Rs 300 crore at the box office. And when the buzz of Atlee directing SRK (that would be Atlee's fifth film) hit the headlines, fans couldn’t be happier. Shah Rukh Khan and Atlee's Action Thriller To Be Produced by Karan Johar?

Shah Rukh Khan’s last film Zero was a major flop and hence fans hope with Atlee’s film, King Khan would have a great comeback. While the official announcement is awaited, here is another buzz about the shooting. It is reported that SRK would started shooting for Atlee’s Bollywood directorial debut from this summer (April-May). A source revealed to Pinkvilla, “Shah Rukh and Atlee are expected to make their announcement, along with Karan Johar, within the next couple of months and film will immediately begin.” After Rajkumar Hirani and Atlee, Shah Rukh Khan's Latest Speculated Project is With Raj and DK.

Rumours are rife that film has been titled as Sanki and it is a fast-paced action drama. However, there has been no confirmation about it yet from the makers. This project will be bankrolled by Karana Johar’s Dharma Productions and Shah Rukh Khan’s Red Chillies Entertainment. Talking about SRK and KJo’s reunion, the source was further quoted as saying, “Atlee’s movie will also see Karan and Shah Rukh reunite professionally after Ittefaq (2017), which was produced by Red Chillies Entertainment in association with BR Studios and Dharma Productions.” Besides Atlee, Shah Rukh Khan would also be doing a film with Raj & DK and Rajkumar Hirani.