Shahid Kapoor Opens Up About Sexting Wife Mira Rajput, Says He is Better at It! 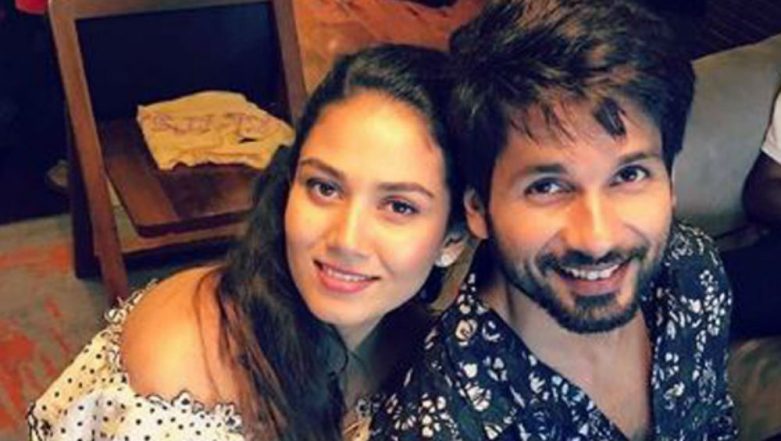 Shahid Kapoor is on a spree of giving interviews everywhere, thanks to his upcoming film  Kabir Singh. The handsome star is leaving no stone unturned to make his film reach a wider audience, come what may. But little did he know that his personal life including 'sexting his wife' would be a topic of discussion while doing this! The actor was asked about it on a show, which is hosted by Neha Dhupia, and he answered it quite sportingly! Shahid Kapoor Regrets Rejecting Aamir Khan's Rang De Basanti.

The Lust Stories actress simply shot the question that who is the better sexter between Shahid and his wife Mira Rajput. On which he said, "Equal hi hai, give and take hota hai. We are husband and wife so too much sexting is not really required." Later on, he gave in that he is the better sexter.

This is not for the first time that the celebs have opened up about their sex lives. The last Bollywood celeb which we saw grabbing the headlines with her revelation was Priyanka Chopra! On the chat show, 'Watch What Happens Live With Andy Cohen', the global icon was asked whether she believed in 'sexting or FaceTime sex during long stints apart'. She simply said, "For sure." Before that, she had also spoken about it on Karan Johar's chat show, 'Koffee With Karan.'

Celebs have been barring no holds while having on-screen chats, and we won't be surprised by more and more of them joining this trend. Coming back to Shahid, his film with Kiara Advani will hit the screens on June 21. Stay tuned.