Sidharth Malhotra was Offered Aditya Roy Kapur's Role in Ek Villain 2 But He Rejected It?

Sidharth Malhotra was Mohit Suri's first choice for Ek Villain 2 but the actor decided to pass on the offer. 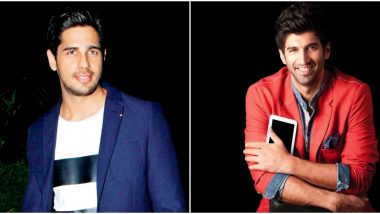 Sidharth Malhotra, Shraddha Kapoor and Riteish Deshmukh's Ek Villain was a hit at the box office and its music album was equally responsible for its popularity. Riteish's antagonist act earned him some great praises and its overall success story prompted director Mohit Suri to plan its sequel next. After the success of his recent release, Malang, Suri is now gearing up for his sequel that now stars John Abraham and Aditya Roy Kapur in lead roles. But turns out that Sidharth Malhotra was also approached for it and he decided to pass on the offer.

As per reports in Bollywood Hungama, Sidharth was Mohit's first choice for Ek Villain 2. However, the SOTY actor was a bit apprehensive this time. “Perhaps Sid knew the villain would again walk away with all the praise. It happened with Riteish Deshmukh who played the villain in Ek Villain,” elaborated a source close to the portal when asked about the reason behind his rejection. When Sidharth suggested that Mohit should cast him as the villain this time, the director refused to oblige straightaway. Tara Sutaria to Be Paired Opposite Aditya Roy Kapur in Ek Villain 2.

Mohit was always adamant on casting John as his villain in the sequel. After Sidharth's rejection, he approached his Malang actor, Aditya Roy Kapur to replace him in the movie and he willingly agreed. Besides the hunks, the movie also stars Disha Patani and Tara Sutaria. The sequel is slated to release on January 8, 2021, and clash with SS Rajamouli's RRR.

(The above story first appeared on LatestLY on Mar 24, 2020 03:25 PM IST. For more news and updates on politics, world, sports, entertainment and lifestyle, log on to our website latestly.com).