Sonam Kapoor Reacts to Reports of New Flu Strain With Pandemic Potential, Recalls Her Bout With a Version of Swine Flu 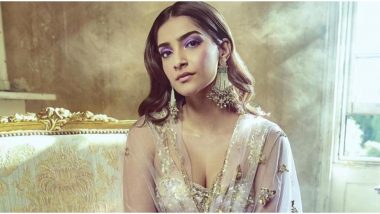 While we are still dealing with the coronavirus pandemic, reports have now suggested that a new strain of the flu having been discovered in China which is related to Swine Flu. The new flu is being reported to have pandemic potential and this has certainly left everyone scared. While COVID-19 still ruins our life,we can't imagine another pandemic hitting us at the moment. Actress Sonam Kapoor recently took to Instagram to share a post on the news about the pandemic and even recalled how she had a bout of swine flu back in 2015. New Swine Flu-Like Virus Named G4, Descended From H1N1 Strain, With Potential to Trigger Pandemic, Found in China: Study.

Sharing an Instagram story, Sonam Kapoor wrote, "I’ve had a version of the swine flu...I wouldn’t wish it on my worst enemy. It’s one of the most difficult things I’ve gone through. I hope this isn’t true." She shared this along with a BBC news post. According to reports, a new study, published in the Proceedings of the National Academy of Sciences, focuses on an influenza virus dubbed G4. The virus has been reported to be "a unique blend" of and has similar "strains" to H1N1 strain that caused the 2009 pandemic. Sonam Kapoor Shares Screengrabs of Hate Messages In DMs, Says Her Team Is Reporting Their Accounts. 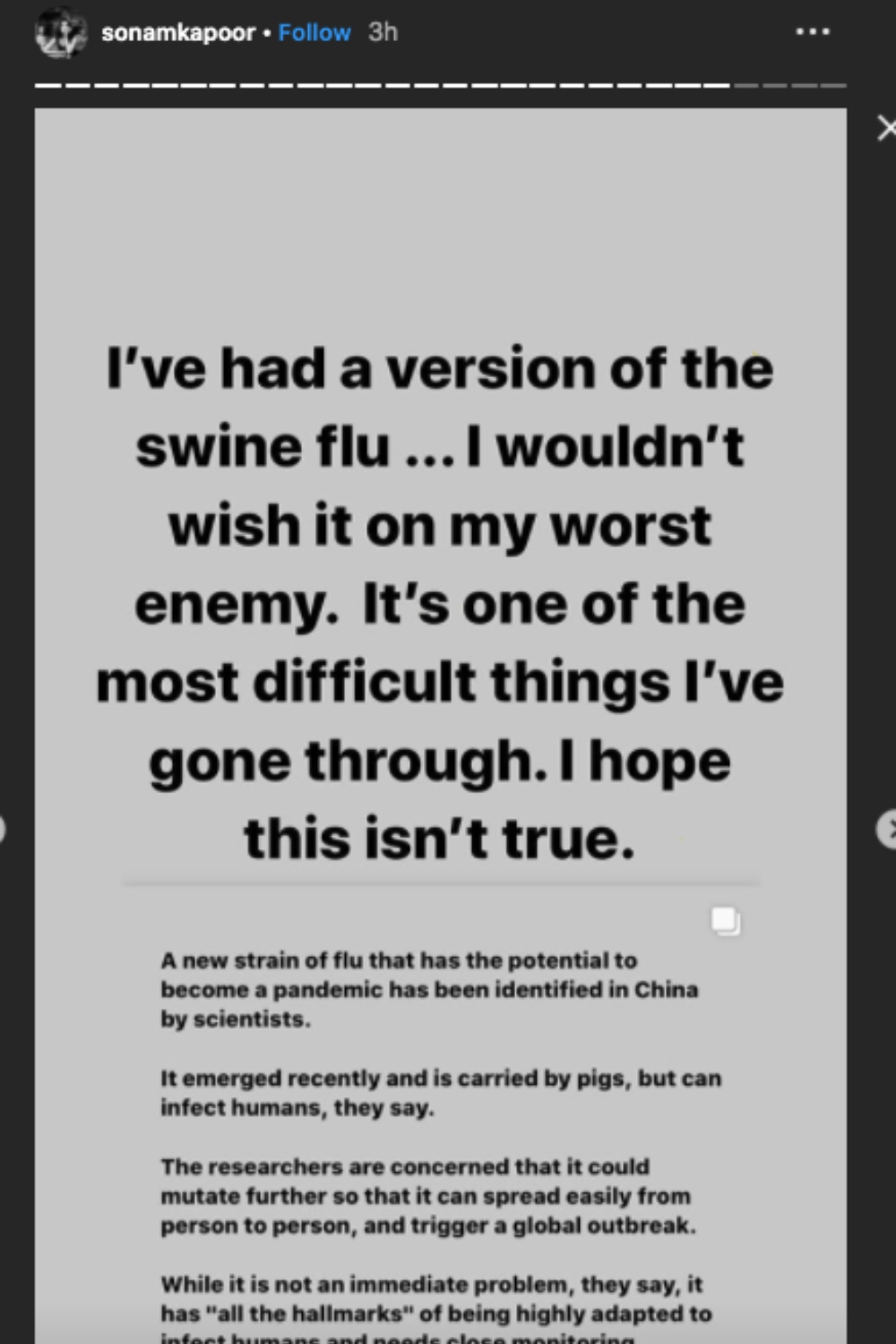 Sonam had reportedly contracted the virus back in 2015 when she was shooting for Prem Ratan Dhan Payo in Gujarat. The actress had shown symptoms of mild fever, cough and cold. We are certainly hoping that the swine flu doesn't make a comeback given that we are yet to win our battle against coronavirus.

(The above story first appeared on LatestLY on Jun 30, 2020 07:49 PM IST. For more news and updates on politics, world, sports, entertainment and lifestyle, log on to our website latestly.com).