Sonu Sood Reveals the Cost of One Bus to Send Migrants Home, Says It's Somewhere Between Rs 1.8 to 2 Lakh 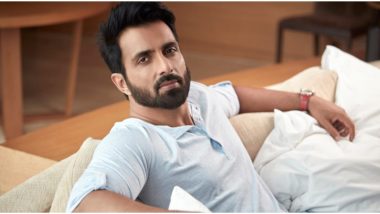 Sonu Sood is emerging as the real-life hero as he has successfully made arrangements to send thousands of migrants home. The daily wage earners or the migrants who were stuck in the city after the lockdown was imposed were walking from one state to another with a goal to reach their home and their plight was unbearable. For the ones who couldn't afford their train tickets, Sood acted as their saviour. He arranged for various buses to help them travel while shelling a huge amount every time. Sonu Sood Initiates Airlifting of 177 Girls Stuck In Kerala, Helps Them Reach Their Homes in Bhubaneswar.

Sood in his recent conversation with Anupama Chopra was asked about the amount he spends on every bus and it's too big to digest. He revealed that it cost around Rs 1.8 lakh to over Rs 2 lakh depending on where the migrants are headed. Also, since social distancing guidelines have to be followed, the buses aren't fully occupied and hence, he has to keep arranging more. The actor had even revealed his helpline numbers for the migrants who are still stuck in the city. Besides getting appreciated by Maharashtra governor, the actor and his commendable work were even praised by Punjab CM, Amarinder Singh. Sonu Sood Shares a Video of Constant Incoming Messages Asking For Help, Apologises For The Missed Ones!

Previously, the actor had donated his Mumbai hotel for the medical professionals treating COVID-19 in hospitals and had simultaneously donated to different coronavirus relief funds. It's time we start honouring the real heroes along with reel ones.

(The above story first appeared on LatestLY on May 29, 2020 02:21 PM IST. For more news and updates on politics, world, sports, entertainment and lifestyle, log on to our website latestly.com).