Bollywood actor Sushant Singh Rajput died on June 14, 2020, leaving his fans and family in a state of shock. Since then many theories surrounding his demise were out in public. Check out CBI's latest verdict here. 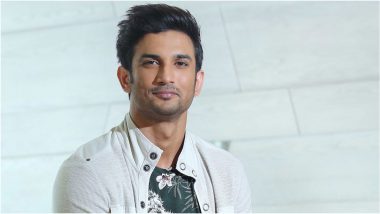 Bollywood actor Sushant Singh Rajput died on June 14, 2020, leaving his fans and family in a state of shock. Since then many theories surrounding his demise have been out in public. However, after a few months, this mysterious death case was handed over to the Central Bureau of Investigation. And now as per the latest media reports, Special Investigating Team of CBI have completed their investigation and will also come to a conclusion soon. Reportedly, CBI is likely to submit its closure report with regards to the SSR case in Patna in the next few days. SSR Case: Rhea Chakraborty Mobbed by Reporters Outside NCB Office, NCW Chief Rekha Sharma Questions Work Ethics of Media.

The reports also hint that the CBI has so far ruled out any conspiracy or foul play. However, the court may further decide action on the allegations against Sushant's girlfriend, Rhea Chakraborty. Also, earlier to this, an autopsy report submitted by All India Institute of Medical Sciences' (AIIMS) Forensic Medical Board to the investigation agency had mentioned murder theories with regards to the actor's death. SSR Case: Lakshmi Manchu and Taapsee Pannu Slam 'Media Trials' of Rhea Chakraborty.

Meanwhile, Rhea who was charged for drug-related matter with regards to the SSR case is out on bail from Narcotics Control Bureau whereas her brother is still in the custody. The court is doing its work and investigating the charges levelled by SSR family against Rhea. Stay tuned!

(The above story first appeared on LatestLY on Oct 15, 2020 03:49 PM IST. For more news and updates on politics, world, sports, entertainment and lifestyle, log on to our website latestly.com).