Tamas Short Film Review: Rashami Desai and Adhvik Mahajan's Lockdown Film Is Weak but Gets an A for Effort 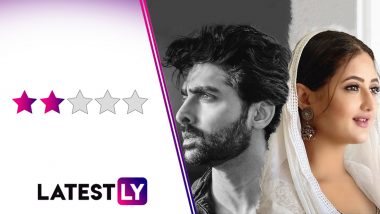 Tamas Short Film Review: Tamas is a short film directed, written and acted in by Adhvik Mahajan. Available for viewing on YouTube, the movie has struck a chord with the audience. The cameo by immensely popular Rashami Desai has helped. Tamas is not high on the concept or the production value. I am going through a debate internally if both can be excused. The quick film seems to have been conceived during the nationwide lockdown, so you can understand the restrictions.

Mahajan has also shot the film and the unimaginative camera angles prove that it was a one-man job. While delivering a product amid the challenges is praiseworthy, technically, the film is still far from effective. You'd expect someone from the industry to produce better cinematic experience.

As for the concept, it begins with finding an unlikely companion during the lockdown and slowly transforms into a commentary on religious prejudice. But what it lacks is the nuance to talk about the subject. A minute-long monologue, at the end, delivered by the superb actress Rashami Desai, is the crux. Albeit juvenile.

But the thing is, more than art films, it is the 'massy' movies that make an impact on the audience. And to make a crucial message seem 'massy', you have to condense it to an understandable language. Well-refined movies do not drive the message for the majority of the audience.

Tamas has its heart in the right place and that is the one thing working definitely in its favour. Adhvik Mahajan's performance is good.

At best, Tamas is an average affair. At worst, Tamas tries to oversimplify a convoluted social debate.

(The above story first appeared on LatestLY on Jul 08, 2020 03:40 PM IST. For more news and updates on politics, world, sports, entertainment and lifestyle, log on to our website latestly.com).