Shroff was summoned by police on March 20 after her name cropped up! 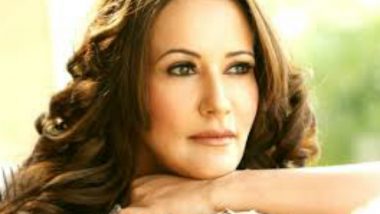 Thane, Apr 12 (PTI) The statement of Ayesha Shroff, wife of film actor Jackie Shroff, was today recorded in connection with the investigation into the Call Detail Record (CDR) scam, police said.Deputy Commissioner of Police (Crime) Abhishek Trimukhi confirmed the development and added that information that she had shared was being investigated.

Shroff was summoned by police on March 20 after her name cropped up when police checked the mobile phone of advocate Rizwan Siddiqui, Trimukhi had said earlier. Siddiqui was arrested on March 16 but was later released on the order of the Bombay High Court which had stated that the Thane police, while making the arrest, had acted in a "high-handed" manner and failed to follow "due process of law".

The CDR racket was unearthed on January 24 when police, acting on a tip off, nabbed four private detectives from Kalwa here.Since then, police said, 12 persons had been arrested in the scam which involved the illegal procurement and sale of CDRs of private individuals.