Indian actor Adarsh Gourav earned global spotlight with his nomination at the 74th British Academy of Films and Television Arts (BAFTA) awards for his performance of Balram Halwai in The White Tiger, in the Leading Actor category. Although he did not win, he is not upset. 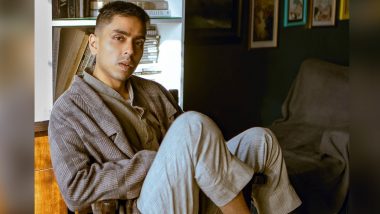 Indian actor Adarsh Gourav earned global spotlight with his nomination at the 74th British Academy of Films and Television Arts (BAFTA) awards for his performance of Balram Halwai in The White Tiger, in the Leading Actor category. Although he did not win, he is not upset. Adarsh was in competition with veteran names such as Anthony Hopkins, the late Chadwick Boseman, Riz Ahmed, Mads Mikkelsen and Tahar Rahim. The veteran Hopkins won for his role in "The Father". The White Tiger Actor Adarsh Gourav Opens Up About Being Middle-Class, Says ‘It Helped Me Experience a Wider Perspective of Life’.

Getting nominated with such names is as good as a win, says Adarsh, who says he had no expectations. "I feel this is my first international film and just being nominated alongside people like Sir Anthony Hopkins, Mads Mikkelsen, Chadwick Boseman. These people have been such a strong source of inspiration for me throughout my career. I feel a nomination is as good as a win for me," Adarsh told IANS. He added: "I did not have any expectations." BAFTA Nominated Adarsh Gourav Speaks Up About the Benefit of a Film’s Straight to OTT Release.

Adarsh is happy that Anthony Hopkins took back the award. "I am really happy that Sir Anthony Hopkins won it for ‘The Father'. it is a brilliant film and he was magnificent in the film. I am just so happy that he won a BAFTA for the film," he said. Now that he is known globally, does he feel like he is a star? "It is nice to have a film that is released in so many countries. The crest completely goes to Netflix and (director) Ramin (Bahrani) to give me this opportunity to be a film that was made on such a big scale and released in so many countries. I think they really trusted me with the part and I guess it worked out," he said.

Now that "The White Tiger" has released and created waves, what kind of work is Adarsh looking forward to doing? "No particular genre of work but just like anything any story that I personally related to or get inspired by. I just want to work for myself," Adarsh told IANS. He has a bucket list. "There are a few directors and filmmakers in India as well as in the West I really want to work with and I hope that it happens someday. ‘The White Tiger' has definitely helped me get in touch with some of them. I have been auditioning for a lot of parts and I hope to convert some of them and begin working on something exciting really soon," Adarsh signed off.

(The above story first appeared on LatestLY on Apr 12, 2021 05:45 PM IST. For more news and updates on politics, world, sports, entertainment and lifestyle, log on to our website latestly.com).