Baaghi 3's march to victory came to an abrupt halt when all the theatres shut down due to COVID-19 outbreak. While Tiger Shroff was hoping it could re-release, the makers have a different plan it seems. 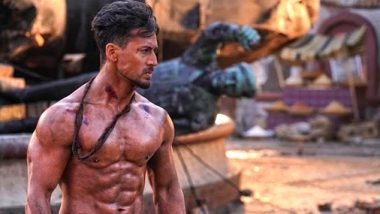 Nobody is more unfortunate than Angrezi Medium this year because the day the film released, theatres shut down due to the global pandemic COVID-19. Baaghi 3 too felt the heat after its peaking numbers came to an abrupt halt due to the lockdown. Tiger Shroff had then hoped that once the lockdown is over, the film can re-release. But if we go by a report in Bollywood Hungama, the makers of the movie are looking for a digital release instead. Ajay Devgn’s Tanhaji, Taapsee Pannu’s Thappad, Tiger Shroff’s Baaghi 3 or Kangana Ranaut’s Panga – Vote for Your Fave Bollywood Film in the First Quarter of 2020

While replying to a Trade Expert, Tiger had wished that Baaghi 3 could re-release. But as per the report, the makers apparently have no plans to do so. In fact, they are mulling over a digital release of the movie as uncertainty over what's going to happen post-April 14 is still on.

This is what Tiger Shroff had said:

Thank you so much rohit sir❤️🙏lets hope we re-release

Later, during a conversation with the same portal, Tiger too had admitted that there is no point of a re-release anymore. He had said, "I don’t know. It depends on Fox Star. The ball is in their court. By May, June it will be on television. So, I don’t know if there is a point to release the film anymore. But, if things settle soon then perhaps, yes.”

(The above story first appeared on LatestLY on Apr 07, 2020 01:40 PM IST. For more news and updates on politics, world, sports, entertainment and lifestyle, log on to our website latestly.com).