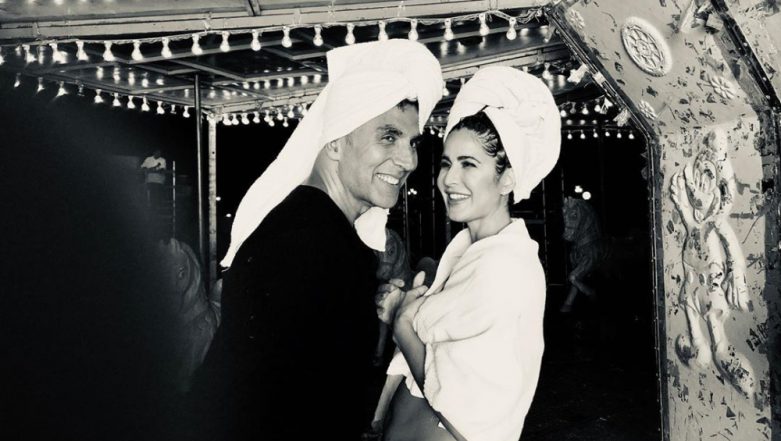 Katrina has talked about working with Akshay after almost a decade

One of the major things that worked for films like Namaste London (2007), Welcome (2007) and Singh Is Kinng (2008) was that Akshay Kumar and Katrina Kaif starred together in them. Together, they really created magic on the screen. But then came Tees Maar Khan (2010) and that was it. The film went on to become a huge flop and hence it was the last time that we saw Katrina and Akshay together on the big screen. In the last nine years, their fans (including us) lived with a hope that there will come a day when they will collaborate. Our wishes came true a couple of months back when it was announced that Katrina will play the female lead in Akshay's upcoming film, Sooryavanshi, which is currently being directed by Rohit Shetty, who is also co-producing it with Karan Johar.

The two have been shooting for the movie since past few months. In a recent interview with Indian Express, Katrina was asked about working with Akshay after almost a decade and if the equation between them has changed at all. To this, she said, "Not at all. With him, it always feels like going back home. He is a wonderful co-star. Still so focussed and dedicated to his craft. He loves his craft and you can see that.”

Katrina is working with Rohit for the very first time. She also spoke about him as she added, "He is very clear and precise about what he wants. He has an amazing team to support him.” You would have figured that we are super excited to see Katrina and Akshay back together. Mutual thoughts? Let us know by tweeting to us @LatestLY.