A Street In The Bronx To Be Named After The Late Stan Lee!

The late Stan Lee to be honoured by the city of New York as a street will be named after the Marvel comics artist. After a council meeting, approval was given to renaming a street in the Bronx to his. 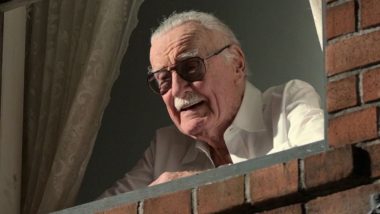 Founder of Marvel Comics, Stan Lee will now have a street named after him! The late celebrity, who found fame after creating some of the biggest and best superheroes of our time, will receive the honour as a street in The Bronx will be named after him. The legend certainly continues as this is quite a milestone! A report on the New York Times has confirmed that the City Council, on Tuesday, approved a proposal that stated that a Bronx Street should be named after the late celebrity. Avengers EndGame: Stan Lee’s Final Cameo in Marvel Cinematic Universe EXPLAINED (SPOILER ALERT)

Accordingly, University Avenue, between Brandt Place and West 176th Street has been chosen to be renamed after Stan Lee. The report further adds that the street will be co-named 'Stan Lee Way' under the bill that was passed earlier this week. While everything is in place, one final step needs to be conducted for the name to be commemorated. The mayor's signature is all that is left for the council to receive so that the proposal can see the light of the day. Stan Lee No More: 7 Best Cameos of the Marvel Legend Who Gave Us Iron Man, Spider-Man and Fantastic Four! Watch Videos

Stan Lee will have a street named after him in The Bronx, as soon as the mayor signs a bill approved by the city council 🖊️

One of the reasons why the University Avenue has been chosen as the ideal street is because of Stan lee's connection to it. Although he was born near Manhattan, the comic writer spent a pivotal point of his life on University Avenue and even attended high school in The Bronx. He may have moved to the West Coast later in the years but some of Lee's famous works have the backdrop of New York City with Spider-Man being the first that we can think of.

Stan Lee's contribution to the literary world with his comic books have been humongous. He has inspired generations with his impacting superheroes and impeccable stories. In the last decade, the comic god found prominence as a popular figure, much of it has to do with Marvel Studios' films that brought Stan Lee's comic strips to life.

(The above story first appeared on LatestLY on Jul 26, 2019 05:11 PM IST. For more news and updates on politics, world, sports, entertainment and lifestyle, log on to our website latestly.com).