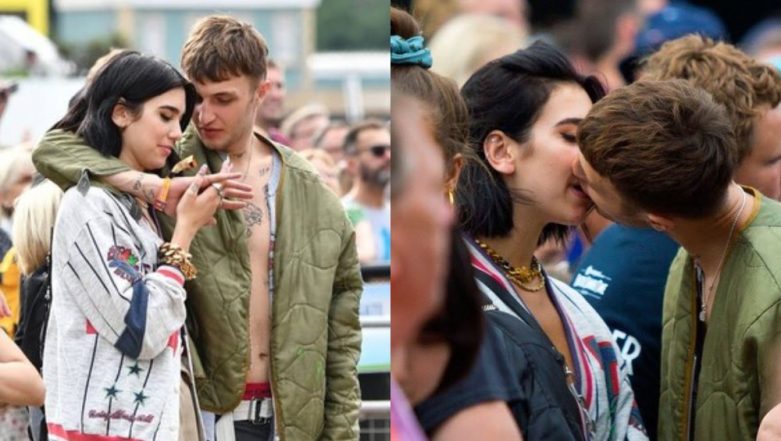 Anwar Hadid and Dua Lipa are getting it on! (Photo Credits: Twitter)

Anwar Hadid and Dua Lipa sure seem to be completely smitten by each other! The two were seen getting it on at the British Summer Time Hyde Park music festival in London, over the weekend. The New Rules singer sure had new rules when it came to cuddling up with Anwar Hadid. Yes, Gigi and Bella Hadid's younger brother. To be quite honest, we are just loving all the summer love that's taking place here! Dua Lipa Is the New Face of Pepe Jeans London! Grammy Winner Shares Hot Campaign Photoshoot Pics

Both, Dua Lipa and Anwar were spotted amid the crowd and looking super adorable. While Dua Lipa chose to wear an oversized doodled shirt, Anwar opted for a green puffer jacket with no shirt inside. Gotta say, the couple looked hot together but Anwar alone looked like a snack. The fashionable couple is making our hearts flutter not just with their public display of affection but also by their coordinated fashion statements. While Lipa is yet to confirm her relationship with Hadid, but they sure seem to be really getting it on. Check out their adorable pictures because they are making our knees go weak! Grammy Awards 2019 Best Dressed: Miley Cyrus, Dua Lipa, Camila Cabello Take The Red Carpet By Storm!

Dua Lipa and Anwar Hadid at the music festival 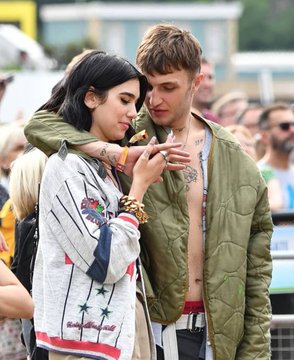 Oh, they are such cuties!

Interestingly, Lipa and Hadid's romance seems to have kicked off a month after the brunette beauty split from her longtime boyfriend and chef, Isaac Carew. While Lipa's breakup came over in early June, Hadid's last dating history involved Bates Motel actress Nicola Peltz. However, they too split. Interestingly, while Hadid and Lipa seem to be getting together, something seems to be brewing between Peltz and Carew.