Jenna Dewan and Steve Kazee Are Engaged! Checkout Here the Pic of the Actress’ Engagement Ring 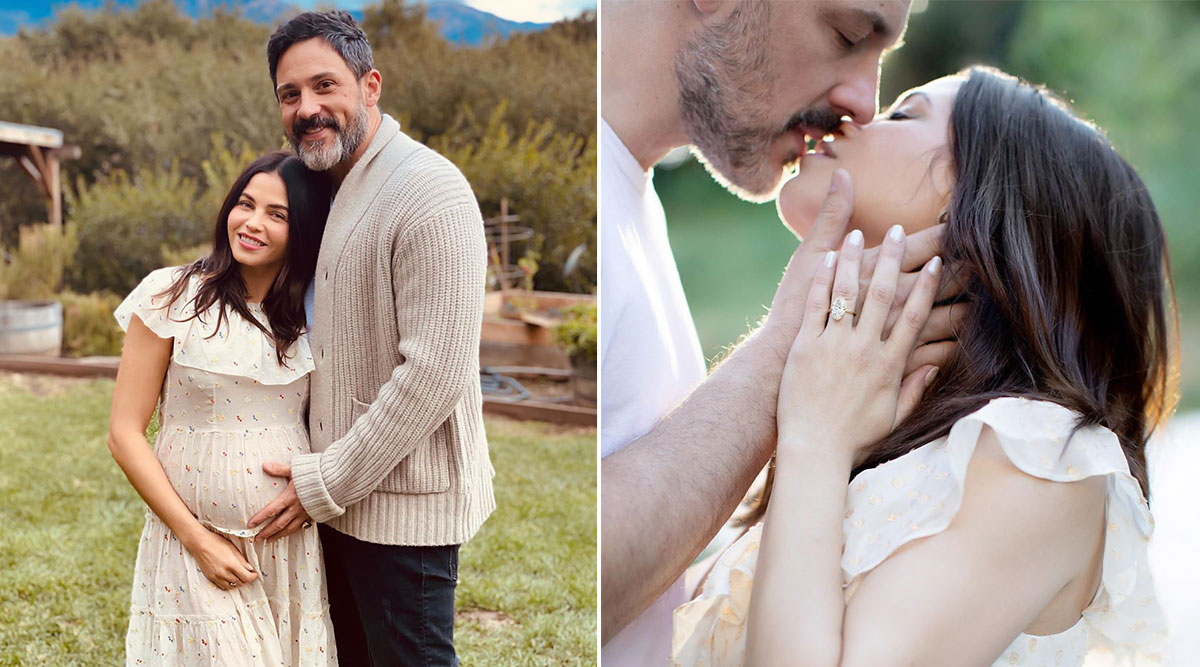 In October 2018 it was confirmed that gorgeous Jenna Dewan is in a relationship with Steve Kazee. And year later, the duo announced that they are expecting their first child. Well, here is another big announcement from the soon-to-be mommy and daddy. Jenna Dewan and Steve Kazee are happily engaged! The duo announced this big news by sharing a lovely picture on Instagram, in which Jenna can be seen flaunting her engagement ring. Congratulations, Jenna and Steve! Jenna Dewan Expecting First Child with Boyfriend Steve Kazee.

From family to friends to fans, all have been showering the newly engaged couple, Jenna Dewan and Steve Kazee, with congratulatory messages across social media platforms. Nikki Reed, who is know for playing vampire Rosalie Hale in The Twilight Saga, wrote on her Insta story, “An honor to be a very small part of this special moment. I love you both, and all I can say is your love is pure magic. And I might be biased, but that ring is gorgeoussssss! Steve, making this with you was such a beautiful experience. Thank you for loving Jenna the way you do.” Aww..this is such an heartfelt post from Reed! Jenna Dewan and Channing Tatum Are Officially Divorced after Announcing Split over a Year Ago.

“A Lifetime To Love And Grow With You...You Have My Heart,” Writes Jenna Dewan

A lifetime to love and grow with you...you have my heart ❤️

My love, my gift ❤️ i am the luckiest girl alive

Before dating Steve Kazee, actress Jenna Dewan was married to Channing Tatum, whom she met on the sets of Step Up in 2006. They dated for a brief period and got engaged in September 2008 in Maui. The duo tied the knot in July 2009. Jenna and Channing were blessed with a daughter named Everly in May 2013. However, Channing and Jenna’s married life hardly lasted for a decade. After nine years of marriage, in April 2018, the duo announced that they’re separating and six months later Jenna filed for divorce from Channing. In November 2019, Jenna Dewan and Channing Tatum were granted divorce.