Thriller film, 'Kidnapped' is close to wrapping up one of the latest movies into production in Australia, following the disruption caused by the coronavirus and stay-at-home restrictions. 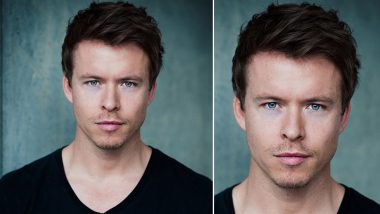 Thriller film, 'Kidnapped' is close to wrapping up one of the latest movies into production in Australia, following the disruption caused by the coronavirus and stay-at-home restrictions. According to Variety, the production of the film is now underway in and around Port Douglas in the far North of Australia's Queensland state, with a shoot that runs between August 17-September 9. The operation is following COVID-safe protocols established at the national level and also those devised by the Queensland government. The Batman Shoot Temporarily Halted After Robert Pattinson Reportedly Tests Positive For COVID-19

Written by Shanrah Wakefield and directed by Vic Sarin, the film's story is told through the eyes of a woman living with her family in a tropical paradise. The story is blissful until their four-year-old daughter goes missing. Solving the mystery of her disappearance reveals previously hidden information about the family. The cast is headed by Claire van der Boom ('Palm Beach,' 'Pulse') and Todd Lasance ('Spartacus,' 'The Vampire Diaries,' 'The Flash'). The film is structured as an unofficial Australia-Canada co-production, involving Brisbane-based Steve Jaggi Company and Canada's Sepia Films. Production is by Steve Jaggi, Spencer McLaren, Kim C. Roberts and Tina Pehme, with Kelly Son Hing and Kylie Pascoe co-producing. Robert Pattinson’s The Batman Shoot Paused in UK After Crew Member Tests Positive for COVID-19

Sheri Singer and Lee Matthews are executive producers and Sophie Tilson is production executive. As per Variety, 'Kidnapped' will be released in cinemas in 2021, as part of an exclusive deal with Event Cinemas. Worldwide distribution is being handled by Honalee Entertainment. "The Port Douglas community has been very good to us and the shoot is tracking really well. The story is centred around a missing child, which is any parent's biggest fear and something we think will resonate with audiences," said Sarin.

Australia has recorded 26,300 confirmed cases of the COVID-19 and suffered 762 deaths from the disease. While Victoria state is suffering a second wave of infections and is largely locked down, film and TV productions are able to restart in much of the rest of the country.