Friendly exes and American stars Kylie Jenner and Travis Scott spent a 'happy' family weekend with their 3-year-old daughter Stormi after sparking dating rumours. The fashion mogul took to her Instagram handle and shared a sneak peek into the water balloon fight the couple had with their daughter Stormi. 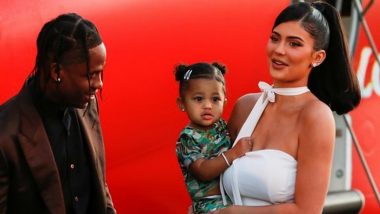 Friendly exes and American stars Kylie Jenner and Travis Scott spent a 'happy' family weekend with their 3-year-old daughter Stormi after sparking dating rumours. The fashion mogul took to her Instagram handle and shared a sneak peek into the water balloon fight the couple had with their daughter Stormi, during their visit with the rapper's family in Houston. The pair and their daughter are celebrating Memorial Day with the rapper's family in Houston, a source told People Magazine. Kylie Jenner Posts Mushy Pictures with Beau Travis Scott But Her Sheer Givenchy Outfit Has Our Attention.

During their stay, Jenner, and Scott, had a friendly water balloon fight, which can be seen in Jenner's Instagram stories. The videos see Stormi and her rapper dad team up to take on Jenner, who runs away from the balloons while recording the playful fight. At one point, Scott successfully hits Jenner with a water balloon which makes their daughter laugh adorably. "Kylie and Travis continue to spend a lot of quality family time together," the source told People Magazine, adding that Jenner is "very happy" with Scott. Are Kylie Jenner And Ex-Boyfriend Travis Scott Planning To Get Back Together?

"They are not putting any pressure on their relationship. They get along and things are great. They both want to be as present as possible for Stormi. Kylie and Travis have worked hard to create a great family situation," added the source. "They love each other. Everyone is very proud of how mature they are. Stormi is the happiest little girl. It's all benefitting her," the source further told People Magazine. Meanwhile, Jenner recently debunked the rumours that she and the 29-year-old hitmaker are in an open relationship, however, she has yet not clarified whether they are dating exclusively or otherwise - again. The on-off couple, who share 3-year old Stormi Webster, has been sparking dating since a while now. 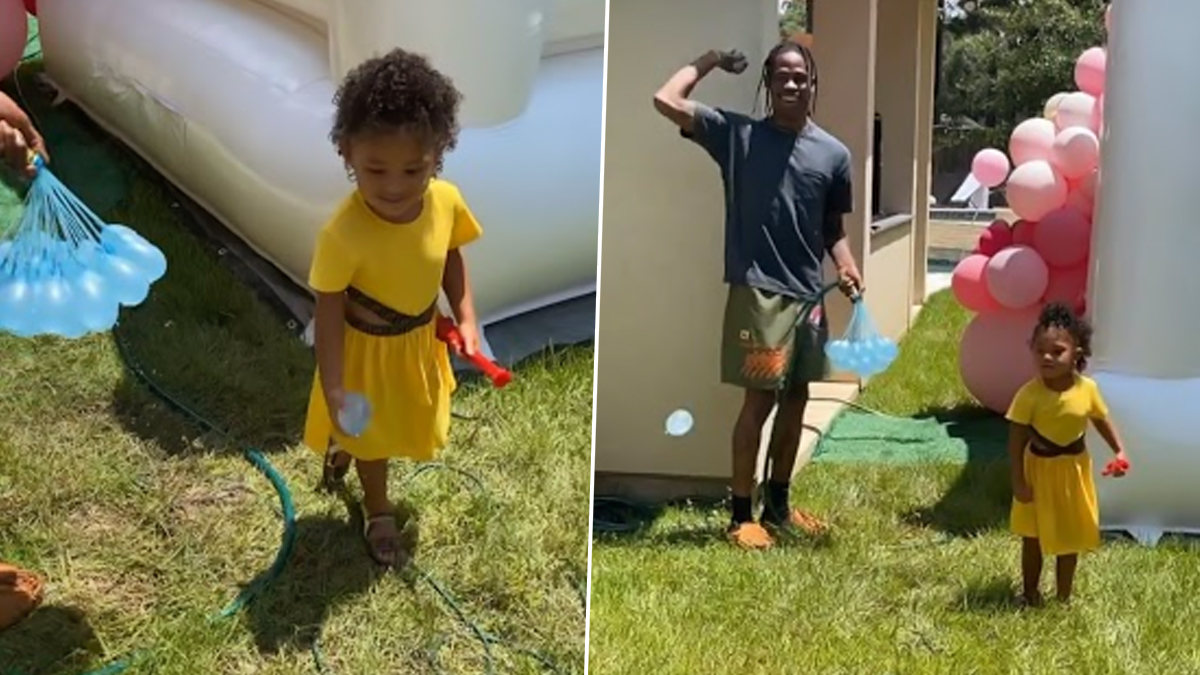 Earlier this month, Jenner and Scott took Stormi to Disneyland along with cousins Dream, 4, Chicago, 3, and another friend. The pair, who was also accompanied by Kim Kardashian, posted several snaps from their adventure, including a photo of the couple and Stormi on a train ride together. In June 2020, they were snapped separately sneaking out of Hollywood hot spot The Nice Guy, after a night on the town, and just this week, they were spotted spending an afternoon at Disneyland. Jenner and Scott first began dating in 2017, but the businesswoman confirmed they had split in October 2019. She tweeted at the time, "Travis and I are on great terms and our main focus right now is Stormi !! our friendship and our daughter is priority."