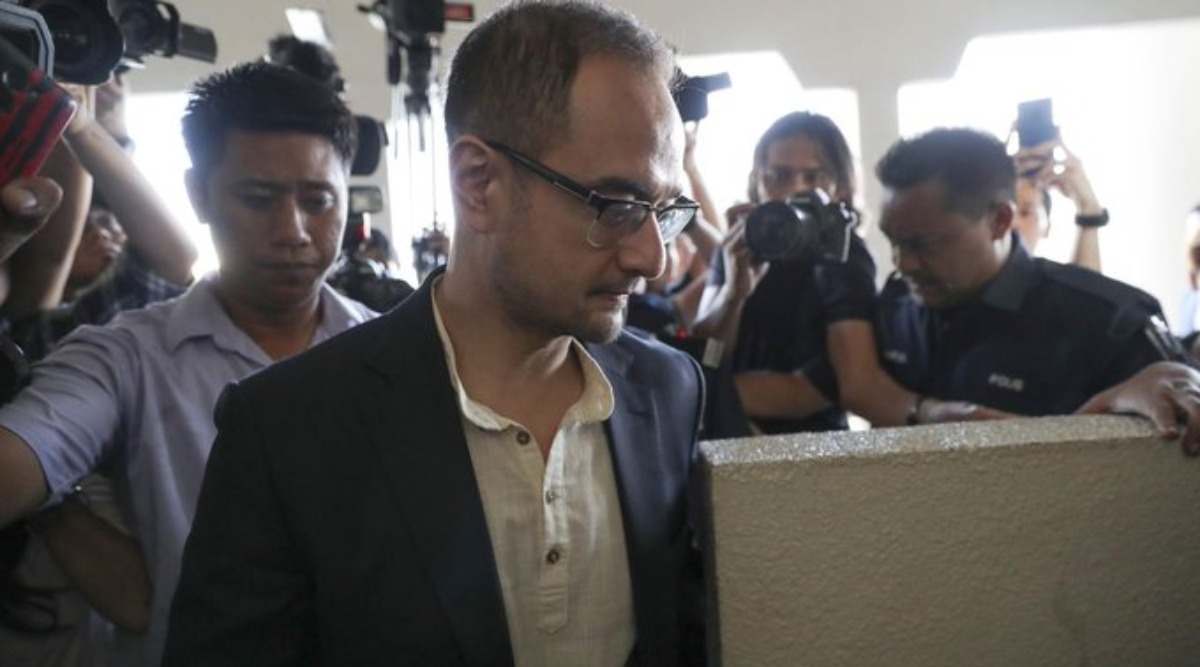 Malaysian prosecutors have dropped money laundering charges against “The Wolf of Wall Street” film producer and stepson of ex-Prime Minister Najib Razak in a move slammed by Human Rights Watch on Friday as a “triumph for impunity and corruption." Former Prime Minister Mahathir Mohamad said he was worried the move could set a precedent in graft cases in which “thieves will be let off if they return the stolen money." Ezra Miller is Not Under Investigation as the Lady Won’t File Charges Against the Actor for the ‘Choking’ Incident.

Riza Aziz reached a settlement with the government and was discharged Thursday without being formally acquitted, meaning that prosecutors can revive the charge. The anti-graft agency said in a statement that the government will recover USD 107.3 million of overseas assets involved in the case — about 43 per cent of the USD 248 million Aziz was accused of having laundered from the 1MDB state investment fund — and Riza is also required to pay an unspecified fine. Kevin Spacey’s Sexual Assault Charges in Groping Case Dropped by the Prosecutors after Accuser’s Death.

Riza was the third person in his family to be charged last year over the 1MDB graft scandal that helped Mahathir's alliance oust Najib's long-ruling government in May 2018 elections. Both Najib and his wife Rosmah Mansor face multiple graft charges, and are currently on trial. Najib says his family was targeted by Mahathir's government as political vengeance. Riza's discharge came under current Prime Minister Muhyiddin Yassin's government, which came into power in March amid political maneuvering and Mahathir's resignation.

The new government includes Najib's party, which has several other leaders also facing graft charges. “Riza Aziz walking free is a triumph for impunity and corruption, and running roughshod over the rights and interests of the Malaysian people," said Phil Robertson, Human Rights Watch's deputy Asia director. “I think letting Riza Aziz go is all about gauging the public's reaction for potential next steps that could involve Najib. No one should forget that putting a former Malaysian PM on trial was unbelievable to start with and this was never going to be an easy road," Robertson said.

Mahathir, a two-time prime minister, quit in February to protest his ally Muhyiddin's move to pull their party out of the ruling alliance and form a Malay-majority government with Najib's party and several others. Mahathir, 94, said Friday that he couldn't accept the prosecutor's settlement with Riza. “I am worried because there are many other thieves in this country," he said. “There is a possibility that in the future, the big criminals that stole a lot of money will be let off if they return the money."

Najib set up the 1MDB fund to finance development in Malaysia when he took office in 2009, but it accumulated billions in debts and U.S. investigators allege at least USD 4.5 billion was stolen from the fund and laundered by Najib's associates. Prosecutors last year said USD 248 million misappropriated from 1MDB was channelled into bank accounts of Riza's company, Red Granite Pictures Inc., which produced films including the Martin Scorsese-directed film “The Wolf of Wall Street” starring Leonardo DiCaprio. US investigators say Red Granite used money stolen from 1MDB to finance Hollywood films. Red Granite has paid the US government USD 60 million to settle claims it benefited from the 1MDB scandal, and the US returned the money to Malaysia. (AP)