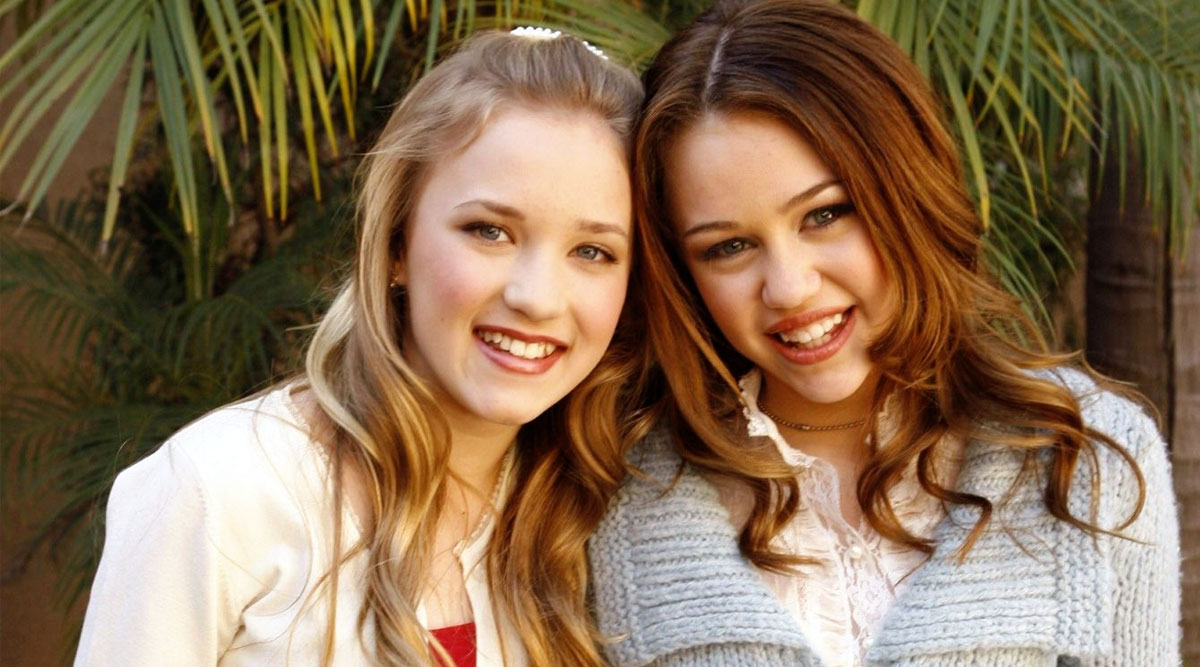 Pop singer Miley Cyrus and her former Hannah Montana co-star Emily Osment enjoyed a virtual "reunion of the decade" on the singer's Instagram Live show Bright Minded. The 27-year-old singer has been welcoming numerous stars on her screen for the series, which airs daily on her social media page. And on Monday, Cyrus teased fans that they were going to be "shooketh" by who she had in store for them that morning, reports aceshowbiz.com. Miley Cyrus Reveals How Her Father Goes to Grandma’s House to FaceTime As He Struggles with His New iPhone

"This is the reunion of the decade! My BFF that shared the screen with me for the last 15 years. On and off screen she's a badass best friend... Whether for Hannah or Miley, she's always there for her," she said. Cyrus added that she wanted to speak to Osment on the show because the screen star is also an animal lover, and Cyrus is keen to encourage people to foster animals during the coronavirus pandemic. Is Miley Cyrus Pregnant? Here’s What Boyfriend Cody Simpson Has to Say!

"It's a really great time for those in situations that are able to provide. It's a good time to adopt or foster -- but it's really important to talk about financial responsibility and the strain a pet can cause on a family during this financially challenging time. The best way to draw attention to man's best friend is to bring in the best friend duo that always encouraged people to do what's best and do what's right," she said.

Elsewhere during Osment's appearance on "Bright Minded", Cyrus showed a variety of embarrassing photographs of the pair during their "Hannah Montana" days "As we were starting to get a little older, I remember it feeling a little strange to put on a tutu and a wig. They say you get younger as you get older. Now I put on wigs and dance around the house - I was getting paid then and now I'm just doing it for s**ts and giggles."

Concluding her chat with Emily, who is now in a band called Bluebiird, on the show, Cyrus: "I just wanted to say thank you so much. Your music is badass, thank you for what you do with animals, thanks for bringing up the idea to make sure we highlight animal care at this time, and you are the best." She also shared that her parents Tish and Billy Ray Cyrus will be joining her on Tuesday's episode of "Bright Minded".