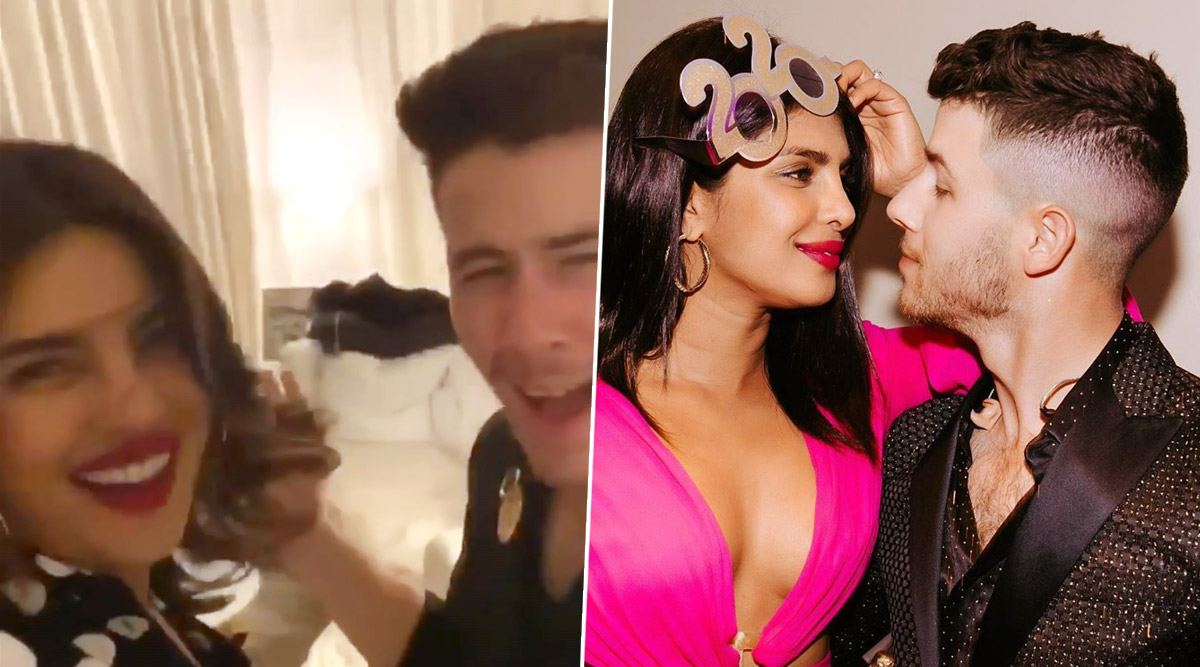 This isn’t the first time that we’re watching Nick Jonas grooving to a Bollywood track. His obsession with Bollywood songs, we have seen in the past. Be it for any special occasion or right ahead of his gig, we have seen videos of Nick Jonas dancing to hit Hindi tracks. Right now, the video that has won hearts is of the singer grooving on the Bollywood track ‘Aank Marey’ from Simmba. And in this video you’ll also see Priyanka Chopra Jonas along with him, who just cannot stop cheering for her valentine. ‘Nick Is A Desi Munda at Heart’, Says Priyanka Chopra Jonas.

The husband and wife duo, Nick Jonas and Priyanka Chopra Jonas, are twinning in black. The former definitely grabbed our attention with his kick-ass moves, but it is a treat to watch both Priyanka and Nick pulling off the signature dance step of 'Aankh Marey'. We must say, Nick can pull off any Bollywood dance step with absolute ease. While sharing the video on Instagram, he captioned it as, “Pre show dance party with my forever Valentine. @priyankachopra #valentines”. Priyanka Chopra Effect? Nick Jonas is a Complete Bollywood Music Fan and These Videos of Him Dancing on First Class and Other Songs Are Proof!

Talking about Nick Jonas’ love for Hindi songs, wifey Priyanka Chopra Jonas had earlier told BT, “He is a complete Punjabi! He listens to Bollywood music before going on stage. He keeps listening to music on a Hindi radio channel. He calls it his 'hype music’. His dressing room has Bollywood music playing all the time. He just fell in love with India right from the time he visited the country.” So what do you have to say about Nick and Priyanka’s dance? Share your thoughts with us in the comment section below.