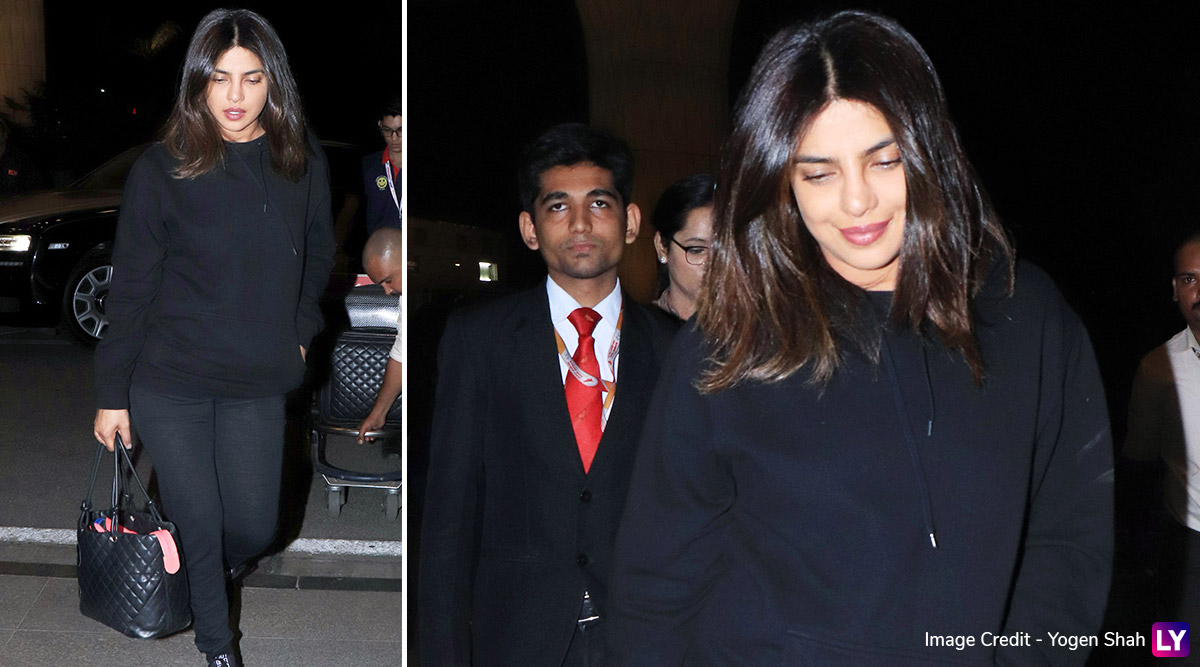 Priyanka Chopra Jonas is often seen shuttling between Los Angeles and Mumbai. She arrives in the city either for professional purpose or to meet her family, who resides in Mumbai. Fans of the global icon jump with joy when she makes it to the city. Who wouldn’t want to catch a glimpse of their favourite star whenever they are home? That’s what happened few days ago when Priyanka Chopra Jonas was spotted at the Mumbai Airport and her pictures went viral. Fans were on cloud nine as they got to know PC had arrived in Mumbai. Priyanka Chopra Looks Every Bit Chic and Classy As She Gets Papped at the Mumbai Airport (View Pics).

Priyanka Chopra Jonas was in Mumbai for a short work trip. She was the showstopper for the recently held Blenders Pride Fashion Tour. The Sky Is Pink actress made heads turn as she hit the ramp. At the event, Nick Jonas’ wife also paid a tribute to the late fashion designer, Wendell Rodricks. She said, “He was a pioneer, he was a visionary of Indian fashion and he will always and forever be missed.” Priyanka Chopra Pays a Heartfelt Tribute to Late Designer Wendell Rodricks At Blenders Pride Fashion Tour (Watch Video).

Here’s The Video From The Fashion Event:

Well, it’s time for her to bid adieu to Mumbai post the short trip. Today early morning, Priyanka Chopra Jonas was spotted at the Mumbai Airport. Yes folks, she is heading back to bay to join her family, the Jonas’. Priyanka who was all smiles, was spotted in an all-black casual outfit. And like always, she looked stunning. If you haven’t seen the pictures yet, you must take a look at them now.

Priyanka Chopra Jonas At The Airport 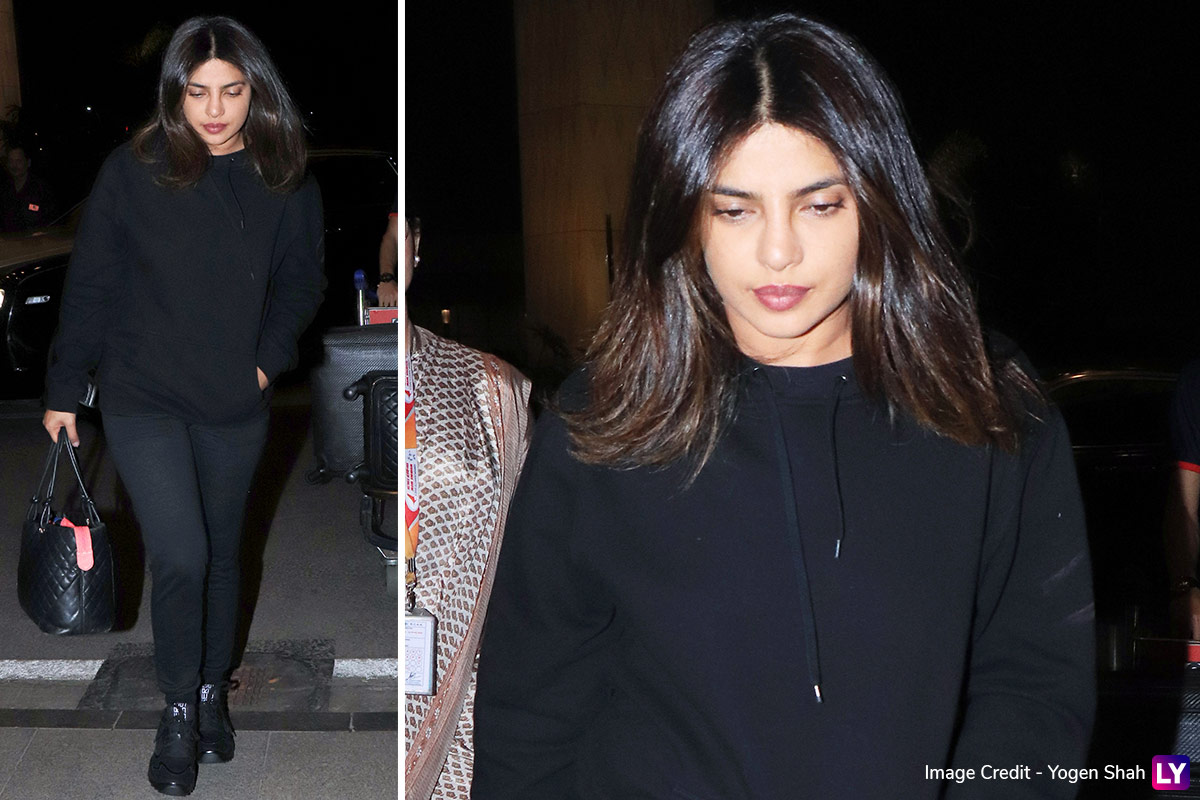 PC In An All-Black Casual Outfit 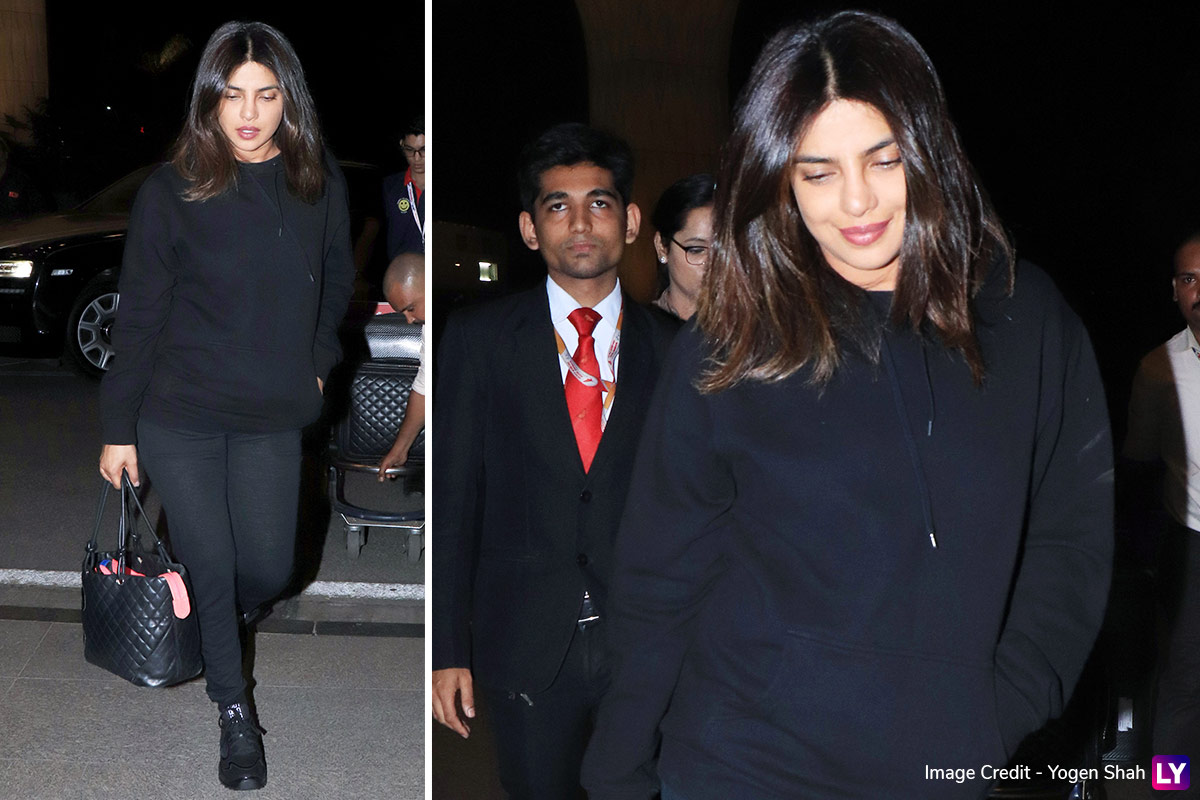 On the work front, Priyanka Chopra Jonas will be seen in The White Tiger in which she’ll be sharing screen space with Rajkummar Rao. Recently there were also reports citing that Priyanka will also be doing the biopic based on Ma Sheela Anand. She will also be starring alongside Richard Madden in Citadel, a Russo Brothers series that’ll be launched on Amazon.