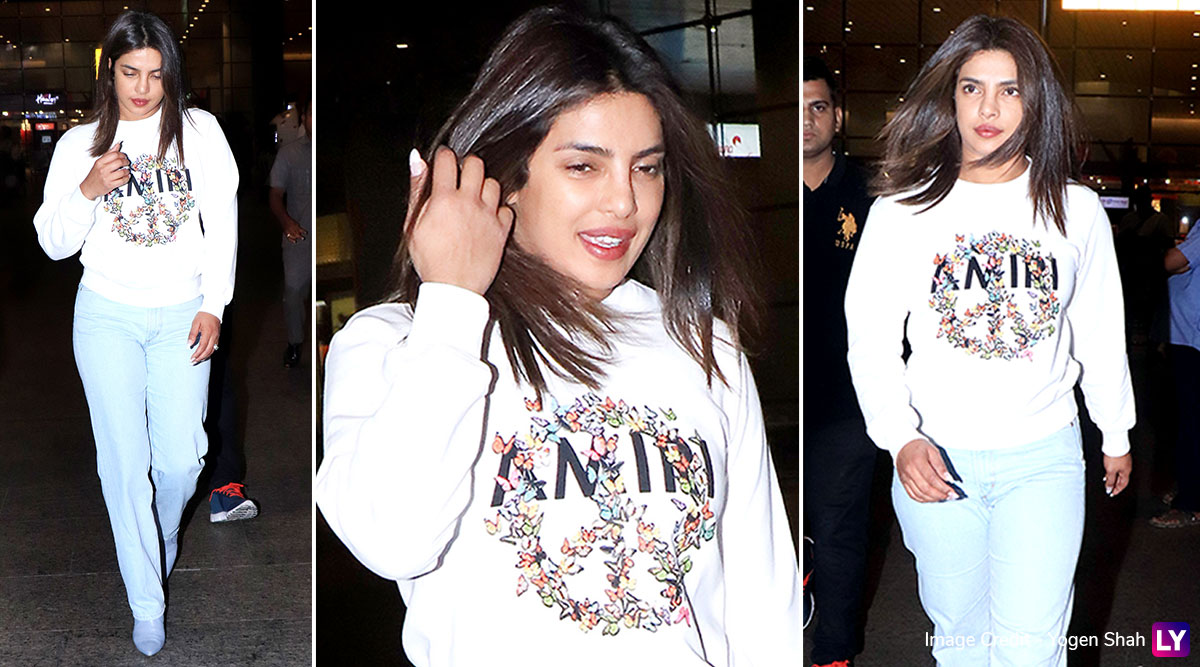 Priyanka Chopra's journey from Bollywood to Hollywood is commendable, as hardly anyone from the showbiz has shown such kind of growth over the years. From ruling many hearts across the globe with her superb acting skills to even impressing the fashion gurus with her hatke taste in style, PeeCee has always been a step ahead in anything and everything. The Quantico babe who often juggles between the US and India for work commitments is back to the bay. As last night, the actress was papped by our shutterbugs at the Mumbai airport and we wonder what's the purpose of her visit this time around? Priyanka Chopra Sparks Off Halloween Feels in a Dracula Moschino Shirt Dress! Fang-Tastic, We Say!

Making a stylish entry at the airport runway, we loved Priyanka's subtle yet impactful look. Elaborating on the same, the girl went the casual route while travelling and managed to even flash a chic vibe. A pair of light blue pants paired with a printed warm cardigan is what the global icon was seen wearing at the airport premises. Further, her hair open and little makeup with matching shoes is how Priyank rounded her look. Priyanka Chopra Jonas Gives A Royal Ignore To Manish Malhotra At Umang 2020 - Watch Video.

Check Out Priyanka's Picture Below: 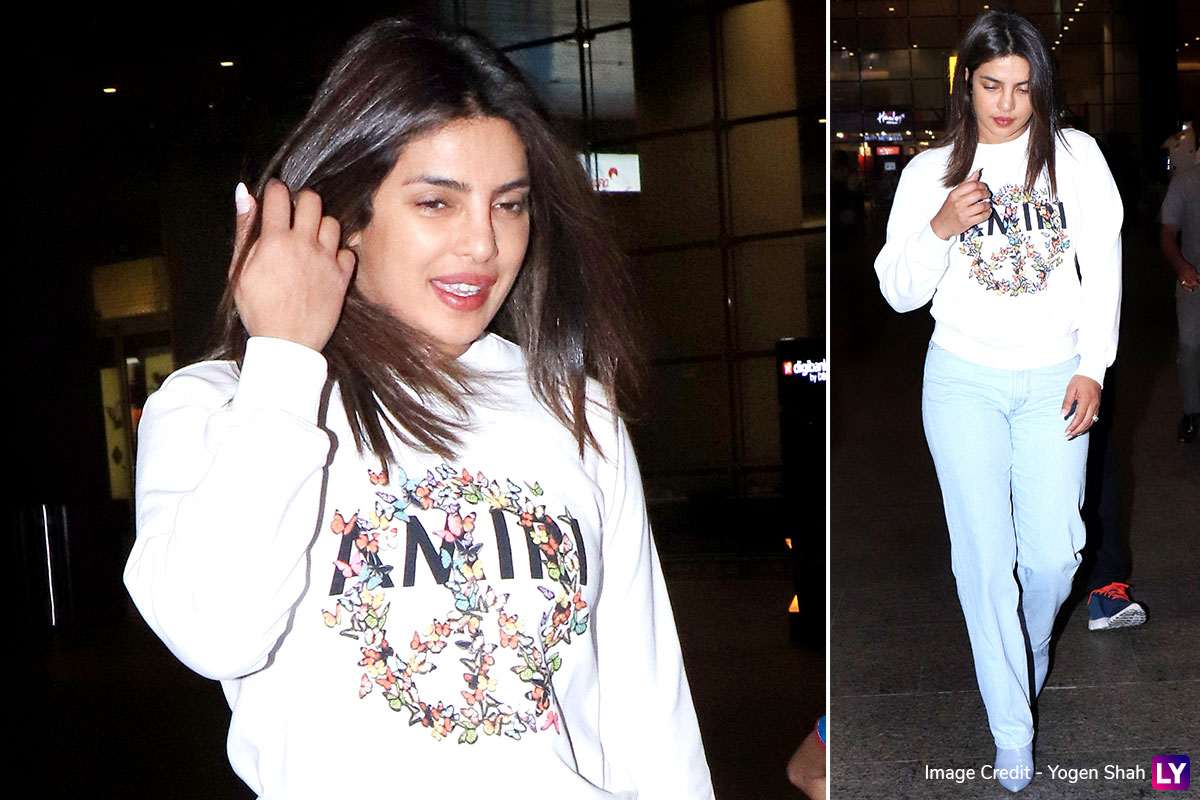 The interesting part about the Baywatch actress' airport look was that even though her top and bottom were on the lighter shade side, yet in blended really well with each other. So, the dark and light contrast formula in the fashion world is indeed a myth we guess.

Here's Another Picture of PeeCee: 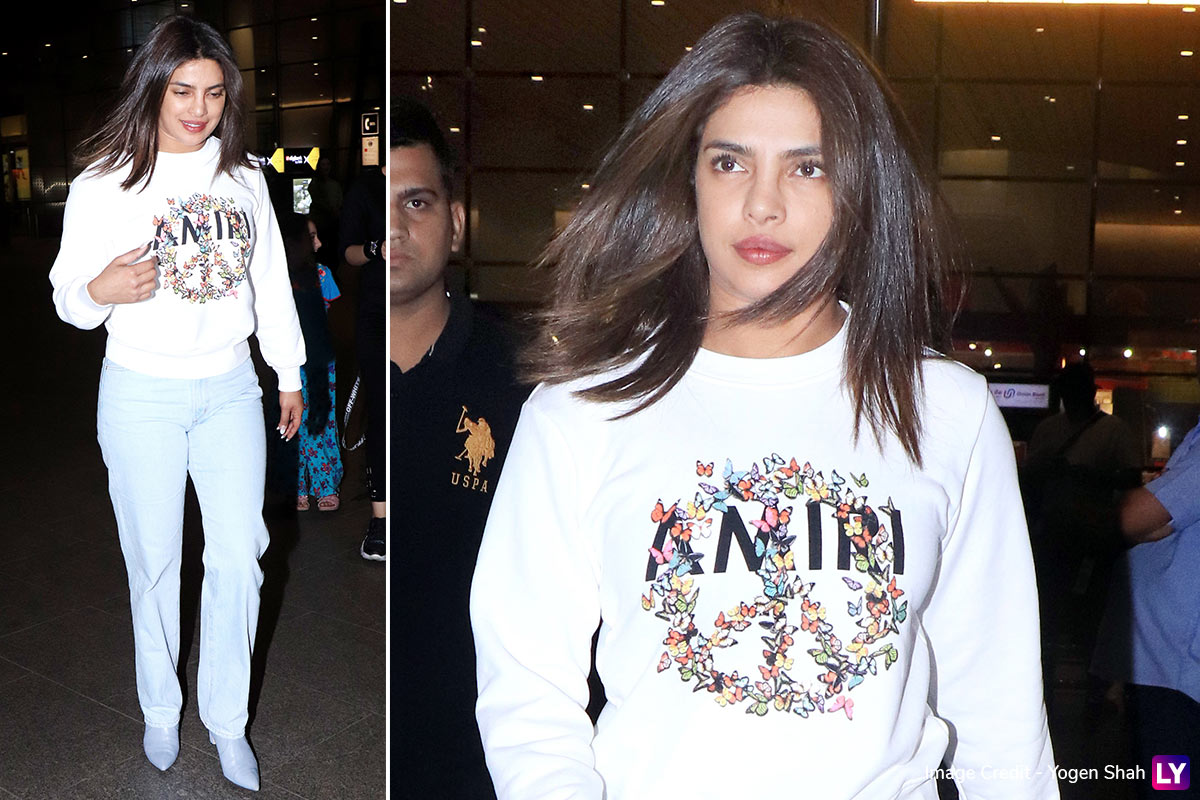 Meanwhile, on the professional front, Priyanka was last seen on the celluloid in The Sky Is Pink opposite Farhan Akhtar. The movie also starred Zaira Wasim and Rohan Saraf in key roles. The actress also was part of 'What a man gotta do' melody alongside hubby Nick Jonas. Coming back to the fashion part, do you like or dislike, Priyanka's airport getup? Tell us in the comment section below. Stay tuned!