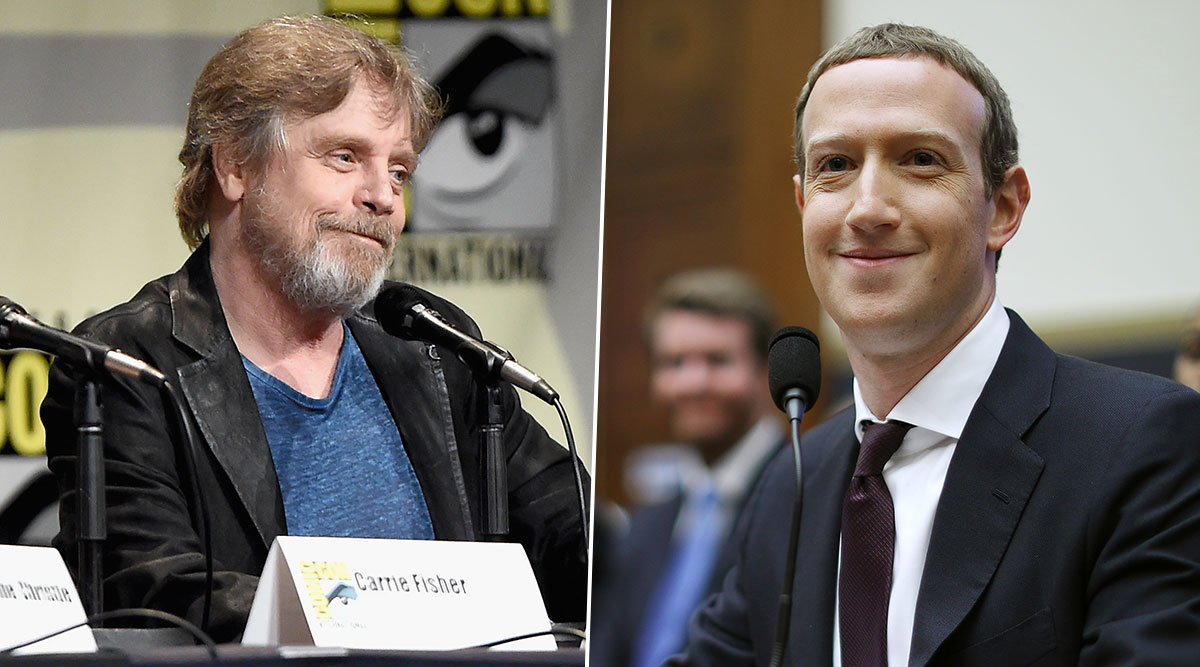 Star Wars icon Mark Hamill has joined the list of high-profile celebrities who quit Facebook in protest against allowing political ads and spread of misinformation on its platform. Hamill took to Twitter on Sunday to announce that he would delete his Facebook account. "So disappointed that Mark Zuckerberg values profit more than truthfulness that I've decided to delete my Facebook account," Hamill tweeted. "I know this is a big 'Who cares?' for the world at large, but I'll sleep better at night," he added. Star Wars’ Writer Opens Up About Kelly Marie Tran’s Reduced Role in ‘Rise of Skywalker’.

Actor Sacha Baron Cohen in November wrote an article on regulating the social networking platform in the Washington Post. His followers supported the decision to delete Facebook. "I deleted Facebook 8 months ago and it feels great. Zuckerberg is making billions and destroying democracy in the process," responded one user. "Facebook has become an Empire. Like the very one you destroyed," tweeted another. JJ Abrams on the First-Ever Same-Sex Kissing Scene in Star Wars: The Rise of Skywalker: ‘Everyone Is Welcome in the Star Wars Galaxy’.

So disappointed that #MarkZuckerberg values profit more than truthfulness that I've decided to delete my @Facebook account. I know this is a big "Who Cares?" for the world at large, but I'll sleep better at night. #PatriotismOverProfits 🇲🇾>💰 https://t.co/seb2eJMTo6

Hamill is known for playing Luke Skywalker in the Star Wars series, which won him the 'Saturn Award for Best Actor' three times. The #DeleteFacebook movement started after the infamous Cambridge Analytica data scandal. "What's Facebook?" Elon Musk tweeted last year, sarcastically replied to a tweet from WhatsApp co-founder Brian Acton urging his followers to delete Facebook by tweeting: "It is time." Musk removed SpaceX, Tesla and his own official pages from Facebook.