The Eternals: Gemma Chan's Sersi and Kit Harington's Black Knight Kiss in the New Pictures From the Sets, Tease Romance Between the MCU Characters 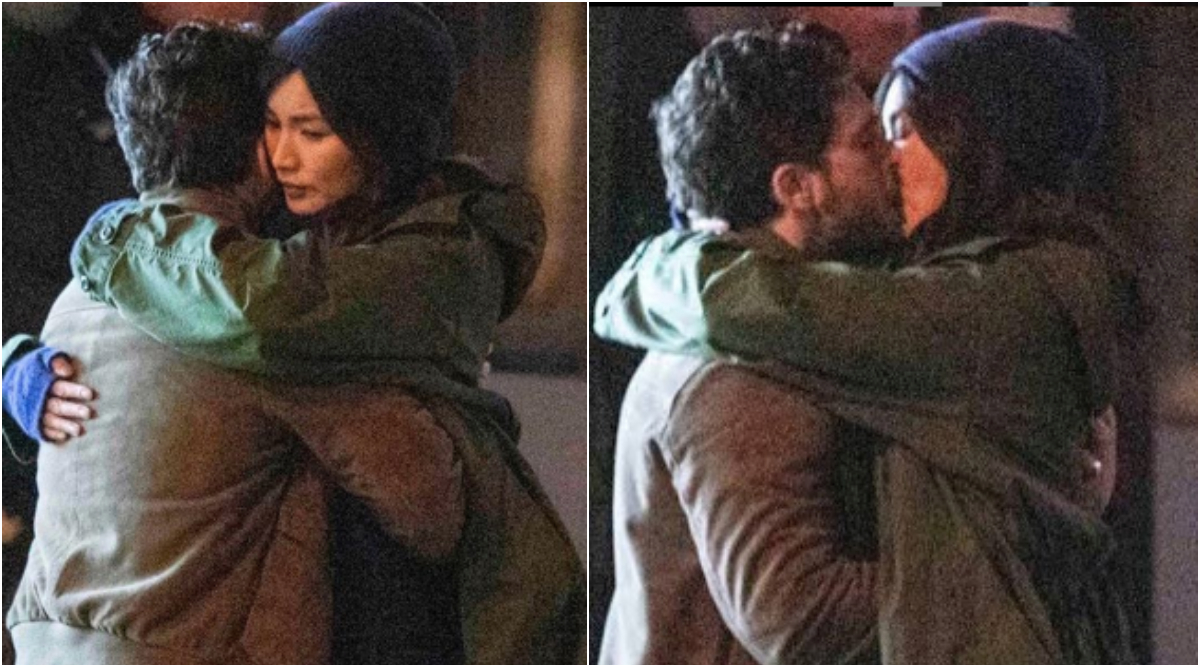 The Eternals is one of Marvel's most-anticipated films. Intended to be the 25th film in the Marvel Cinematic Universe (MCU), this upcoming superhero epic has an ensemble cast of Angelina Jolie, Richard Madden, Kumail Nanjiani, Lauren Ridloff, Brian Tyree Henry, Salma Hayek, Lia McHugh, Don Lee, Barry Keoghan, Gemma Chan and Kit Harington. The movie will hit the screens in November 2020 and we know the wait is long but thanks to the few pictures and videos that have arrived from the sets, we now have a little clue as to what to expect in the film. The film's official synopsis read, "Following the events of Avengers: Endgame, an unexpected tragedy forces them out of the shadows to reunite against mankind's most ancient enemy, The Deviants". The Eternals First Footage: Marvel’s Kevin Feige Gives a Glimpse of the Superhero Epic at CCXP in Brazil, Reactions of Fans Will Leave You Excited.

Well, the new revelation from that the pictures from the sets have revealed though is that there will be a romantic angle between Kit Harington and Gemma Chan's characters. Chan essays the role of Sersi whereas Harington will be seen in the role of Black Knight. Pictures from the sets of the film were first released by Page Six who shared a which show a scene between Harington and Chan. The two actors are seen in a close embrace and later are also captured sharing a kiss.  Black Widow, Wonder Woman 1984 and Eternals - A List of Superhero Movies Releasing in 2020.

Kit Harington and Gemma Chan in The Eternals:

Here's Another Picture from the Sets of The Eternals:

The film is currently being shot in London. Other upcoming Marvel Studios movies include Black Widow on May 1, 2020, Shang-Chi and the Legend of the Ten Rings on February 12, 2021, Doctor Strange in the Multiverse of Madness on May 7, 2021.