The Black Lives Matter movement has received huge support and Will Smith couldn't be more proud. He recently appeared on a podcast and expressed his happiness, and also revealed that he was called the "N" word many times while he was growing up in Philadelphia. 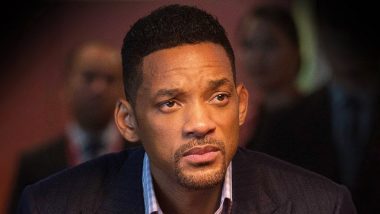 It was after the horrific death of George Floyd on May 25 this year at the hands of Minneapolis Police officers that the Black Lives Matter rallies swept America and the world yet again after it first started in 2013. Back then it began as a hashtag (#BlackLivesMatter) after George Zimmerman was acquitted of all charges even after he fatally shot and killed Trayvon Martin, an unarmed African-American teenager in Florida in July 2013. It's highly unfortunate that it took the death of yet another unarmed African-American man to spark a global outrage. In fact, Black people shouldn't have to fight for racial equity in 2020. The sad reality is that they have to because of the systemic racism that they have been subjected to for many years. The good part is that this is a revolution and the change is coming.

The Black Lives Matter movement has received huge support and Will Smith couldn't be more proud. The 51-year-old star appeared on the On One with Angela Rye podcast recently. It is during this conversation, he expressed his happiness about the fact that the entire globe has stood up for the Black community. “We are in a circumstance that we’ve never been in before. The entire globe has stood up and said to the African American people, ‘We see you and we hear you. How can we help?’ We’ve never been there before,” he said. Black Lives Matter: South Africa Cricket to Come Up With New Expression to Show Solidarity.

Smith also shared his own experiences with racism and revealed that he was called the "N" word not once, but many times while he was growing up in Philadelphia. “I grew up in Philadelphia. I grew up under Mayor Rizzo in Philadelphia. He went from the chief of police to become the mayor, and he had an iron hand,” Will further said. Mayor Frank Rizzo, who served as a police commissioner from 1968 to 1971, and then as the Mayor of Philly from 1972 to 1980, was famous for his stiff relationship with the city’s Black community. “I’ve been called n****r by the cops in Philly on more than 10 occasions. The police, when I was growing up, moved with impunity in Philly. I understand what it's like to be in those circumstances with the police, to feel like you’ve been occupied. It’s an occupying force,” Will recalled. "White kids were happy when the cops showed up, and my heart always started pounding,” he added. We hope that no other African-American child or anyone from the community for that matter has to face what Will and others did.

(The above story first appeared on LatestLY on Jul 09, 2020 02:28 PM IST. For more news and updates on politics, world, sports, entertainment and lifestyle, log on to our website latestly.com).