Quarantine Watch - From MS Dhoni's Roar Of the Lion to Formula 1: Drive to Survive - 6 Sports Documentaries to Give You the Much-Needed Adrenaline Rush 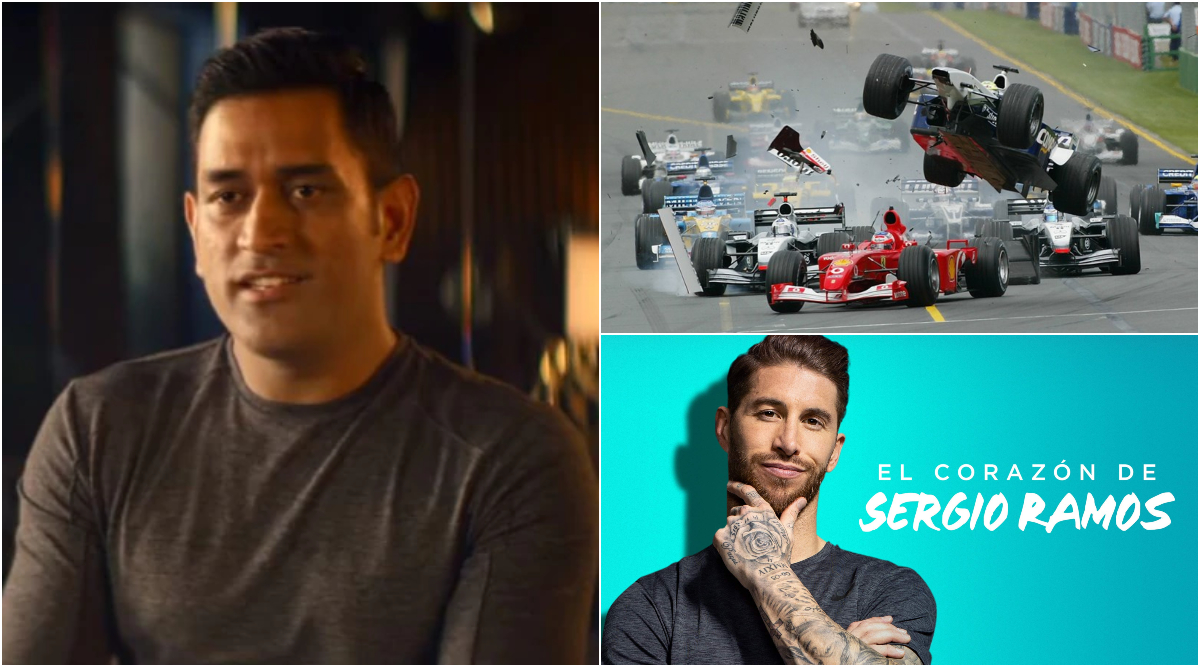 The idea of entertainment for everyone is different. While some love catching films, some enjoy reality TV shows and some draw their adrenaline rushes from sports. What cinema is to a film critic, sports are to a commentator. Their lives revolve around these forms of entertainment and it's all about assessing them, enjoying them and truly celebrating each element of what they consist of. Being someone who eats, sleeps and breathes films and is fascinated by every bit of it, I find myself to be equally passionate about sports. As cliched as that sounds being an Indian citizen, yes Cricket has had a big impact on my life but over time, I've come to enjoy other sports as well. It's almost like picking different genres in cinema, you don't stick to one and the rules of one don't apply to another. With coronavirus outbreak bringing everything to a standstill and every major sports tournament being put on hold amid lockdown, I celebrate the confluence of two of my favourite things, cinema and sports by spending time on catching up on documentaries. Quarantine Binge: Star Wars, The Godfather, Indiana Jones - 7 Franchise Movie Marathons You Can Stream While You Sit Indoors Amid Coronavirus Outbreak.

Wondering why I didn't suggest sports films instead? The best part about any documentary is that it takes you behind the scenes. As for sports, while you enjoy the big games, it's equally exciting to find out how certain players were destined for greatness or how they struggled in their lows. Sports documentaries are like learning the magic tricks from a magician, can you imagine that joy? There are so many aspects of sports that intrigue fans like the mental health of players, physical challenges, social media pressure and so on that don't find their way in commercial films. So if you've been missing catching up on t tournaments, maybe its time to take a peek behind-the-scenes for a while. (The list below is not a ranking!)

1. The Test - A New Era for Australia's Team

Over the years, there's so much that has been perceived about the Australian Cricket team. For the longest time, they were considered to be brash men who don't shy away from a bit of sledging on-field and after the recent sandpaper scandal, it's been even more difficult. The team's then captain Steve Smith, vice-captain David Warner and batsman Cameron Bancroft became the key figures involved in an incident dubbed as ‘sandpapergate' leaving fans of the sport distraught and agitated. While the incident left Australian fans badly disappointed, it also left cricket fans all around the world shocked and saddened coming from such world-class players. The Amazon Prime documentary taps into the 'after', the resurrection of the team after this scandal with the challenge of once again becoming the favourites for their countrymen under their new coach Justin Langer. The 8 episode series makes for a great for those who always wanted to see the inner workings of Australian cricket and also their player being at their vulnerable best. 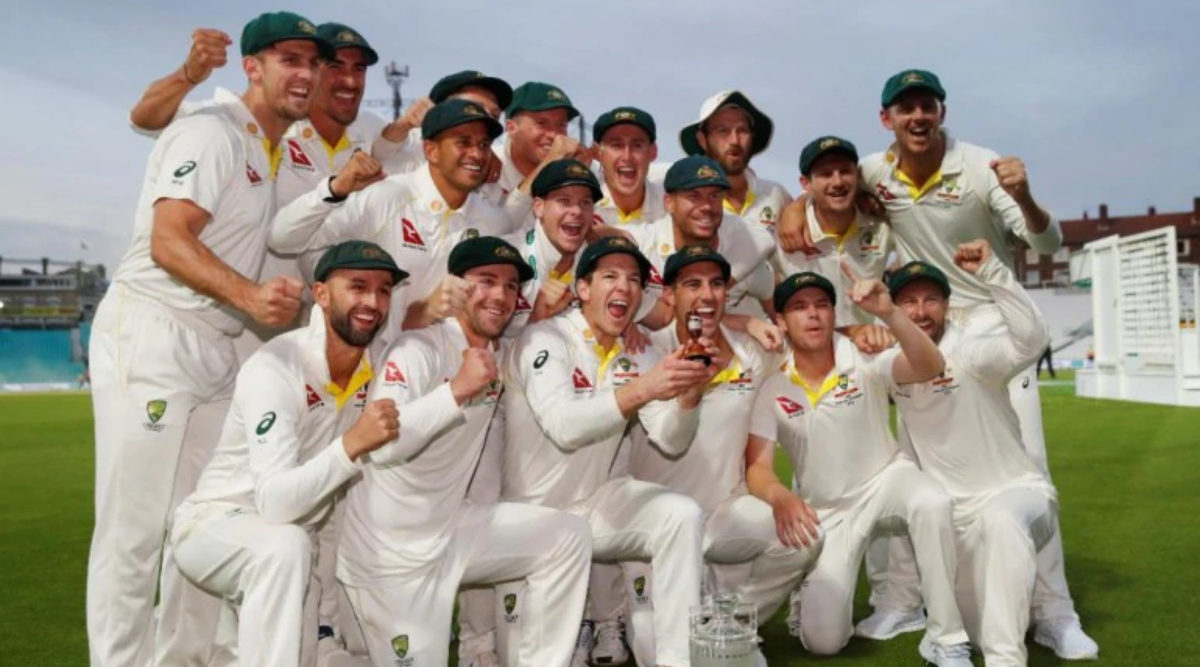 Scandals and cricket go hand-in-hand and whether it's international cricket or IPL (Indian Premier League), the drama continues. In Roar Of The Lion, the multilingual documentary, drama web series produced by Kabir Khan, we see MS Dhoni-led Chennai Super Kings returning to the 2018 edition of IPL after serving a two-year ban for allegedly being involved in 2013 spot-fixing scandal. While it's not really a 'tell-all', the series does have Dhoni revealing a bit of his vulnerable side and breaking his silence on a few things. Though more than the scandal, it also puts much of its focus on CSK fandom and the impact of the ban on it. Considering IPL's not happening anytime soon, this could be something you can catch in the meantime on Hotstar. 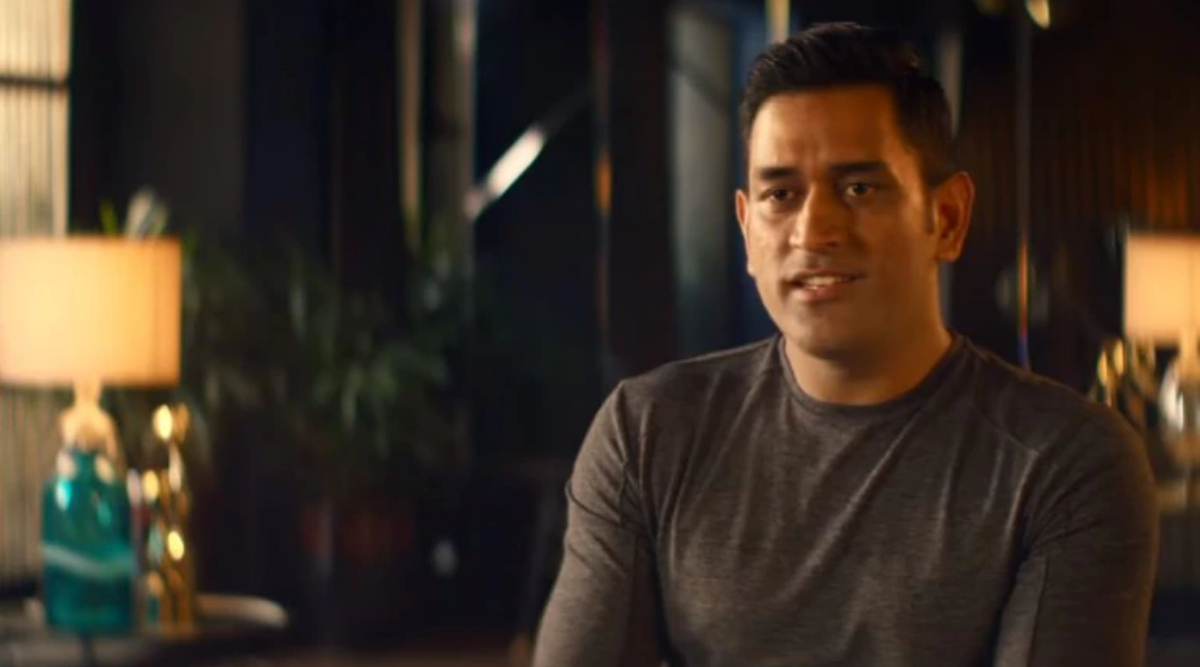 MS Dhoni in Roar of the Lion (Photo Credits: Hotstar)

There's nothing more exciting than watching a Footballer open up about his life, personal and professional for a documentary.  This eight-part series follows the Real Madrid and Spanish national team captain, Sergio Ramos. The series follows Ramos from his games throughout the 2018/19 season. For not only Ramos' fans but also Football in general, there's much fodder here with the big wins and big losses. There are several amazing moments in this documentary including the ones like where Ramos is seen walking his dogs or even the one where he seems to be having a rather open conversation with his masseuse. There's also the revealing moment where following the England defeat at National League, Ramos enters his home and pushes the door shut as the camera stays put. It's available for streaming on Amazon Prime. From Room to Trapped - 7 Films Where Protagonists Got Isolated or Quarantined in Confined Spaces and It Wasn't Because Of 'Janata Curfew' .

4. All Or Nothing: Manchester City

Given their recent two-year ban from Champion's League after breaching Financial Fair Play rules, this may be a good time to look back at the Manchester City documentary. As someone who is not an ardent fan of the sport but an intermittent follower, this documentary came as a recommendation from a true-blue Football fan and it turned out to be an excellent watch. The eight-episode documentary series takes us through City's big successes, mainly winning 18 consecutive league games. It also shows us at their lowest point after losing to Liverpool in the Champions League. Above all though, it will give you another level of appreciation for their manager Pep Guardiola. For all the City fans who are currently saddened about their ban, relieve their best with this series on Amazon Prime. Lionel Messi Joins Fight Against Coronavirus, Donates 1 Million Euros to Barcelona-Based Hospital. 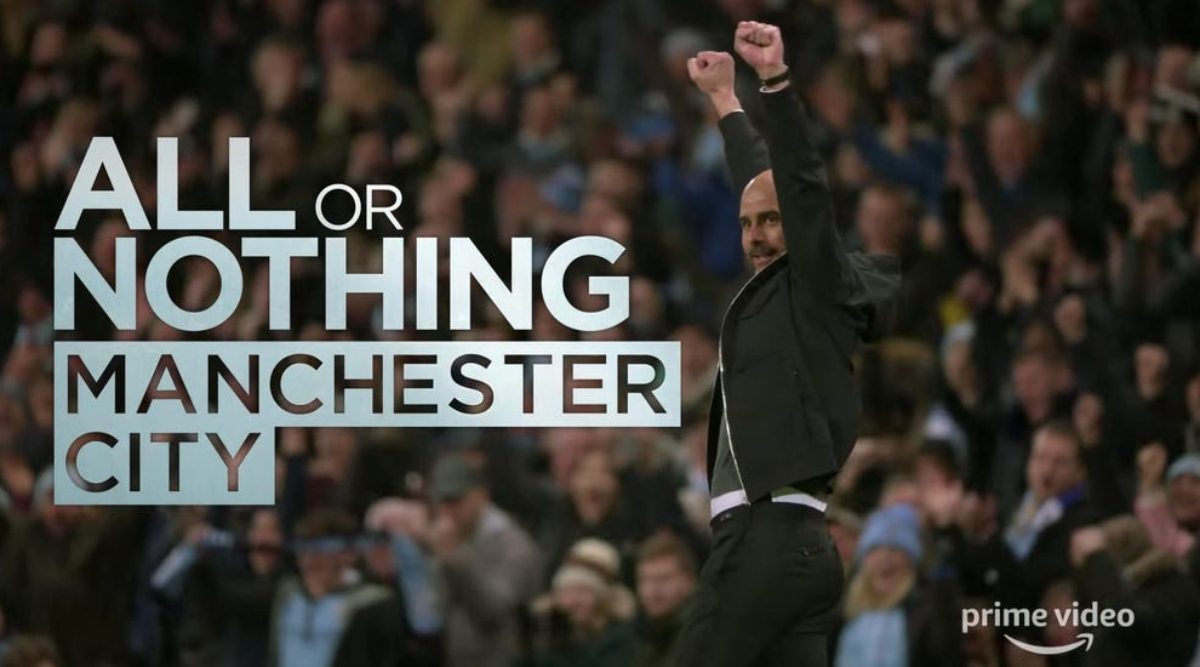 All or Nothing_ Manchester City (Photo Credits: Amazon Prime)

Surprisingly, Formula 1 has been that sport for me which I took a sudden interest in during my teens and later not much. Although, anyone who has followed this sport will agree that there's another level of intrigue you have towards not only what goes on in the heads of the drivers but also how the kind of pressures engineers face amid tournaments. Luckily, Netflix's Formula 1 Drive to Survive promises to give you much more. One of the biggest things that works in case of this series according to me is the fact that it humanizes this motorsport. It doesn't seem like a technically worded, full of jargons documentary about the adrenaline-rushing sport, in fact, it's a teary and cheery journey. An apt watch amid this quarantine time. 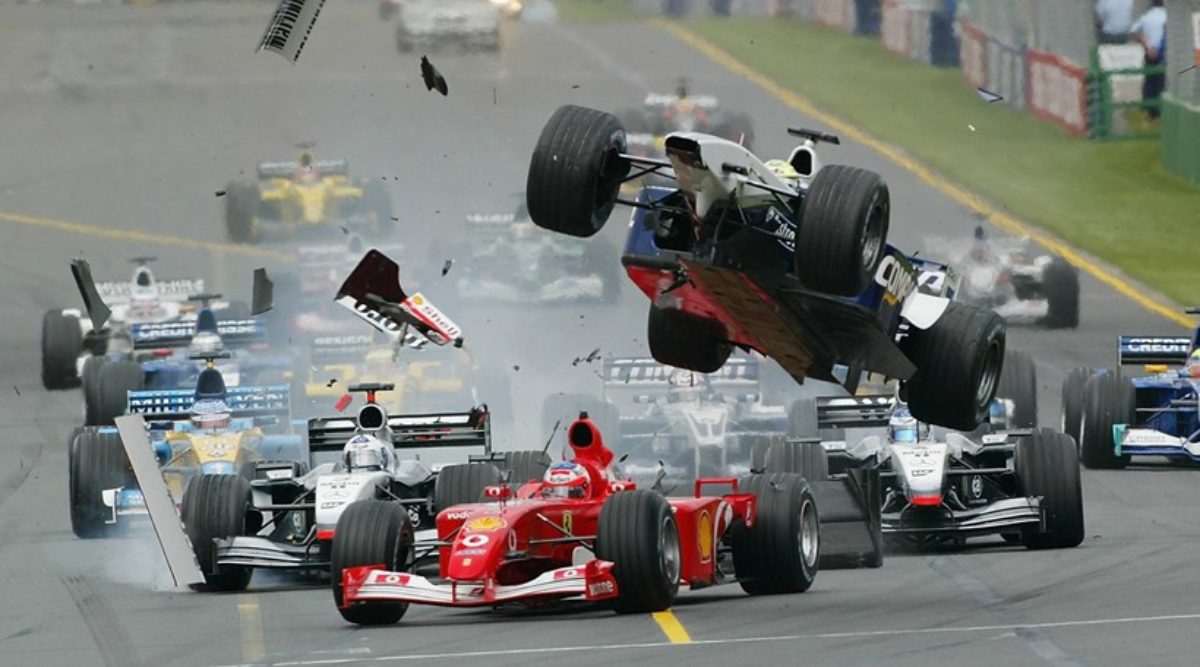 There's no doubt that sports documentaries have become immensely popular in the last few years and streaming platforms are responsible for that. For all the Tennis lovers out there, Andy Murray's documentary is a revealing one at that, as the British professional tennis player opens up about his struggles. In this incredibly personal and telling documentary, Murray not only opens up about his physical challenges, the surgeries that he went through even before he hit 30 but also about how the sport helped relieve him of his anxiety during his early years. The physical and mental anguish of the player is what keeps you hooked through this documentary. It's available for streaming on Amazon Prime. 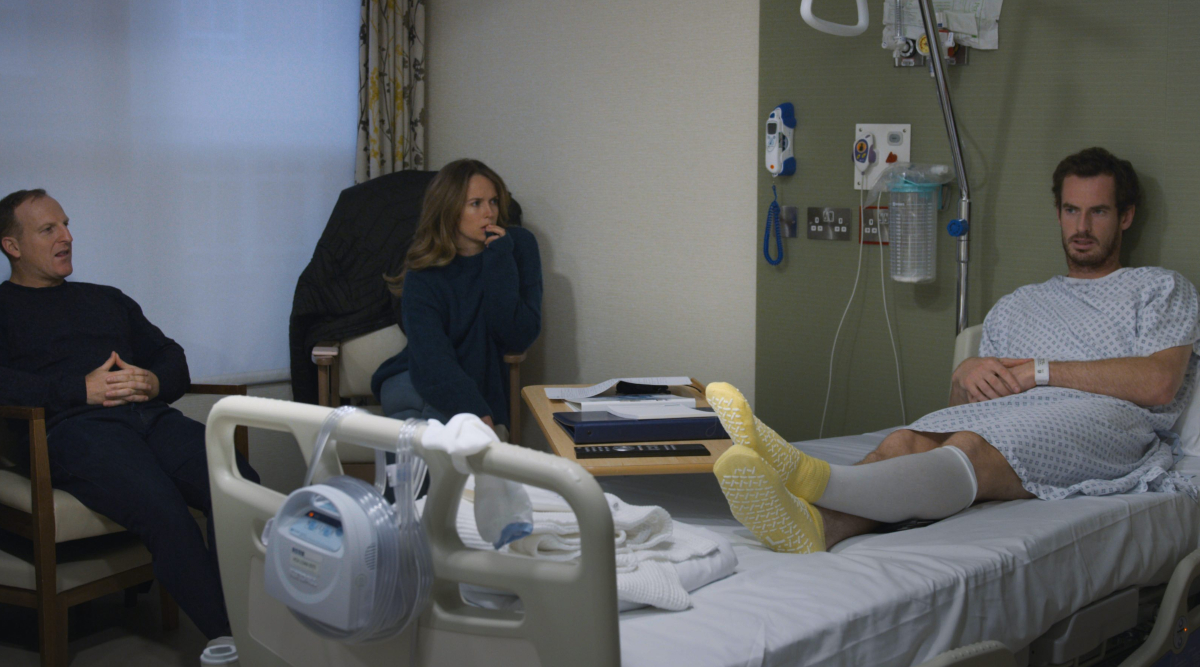 Well, if you haven't caught these documentaries already, here's a good time like no other. Get insights into how these sports work, the players and their problems and more through these. Till the time you can once again enjoy live sports again, these will help you renew your love for the sports in different ways. We would love to hear your suggestions too, in comments below!