Working in the south film demands one to be technically more sound, maintains Akshay Kumar! 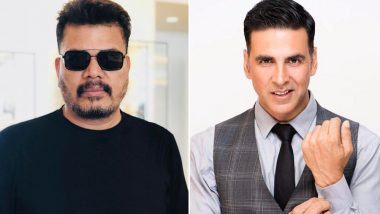 Hollywood biggie James Cameron has dished out larger than life stories such as The Terminator, Titanic and Avatar. The veteran filmmaker is known for his incredible vision and his unmatched ability to translate his stories on celluloid. The Indian film industry and our filmmakers have to walk miles before reaching the perfection and the stature of craft Cameron has acquired. Akshay Kumar who is directed by 'Robot' famed filmmaker Shankar in Rajinikanth starrer 2.0, believes that Shankar is like James Cameron on steroids!

"Working for a movie like 2.0 is an experience in itself. It is high on technology and at the same time, one needs to pay attention to many details. Shankar is an amazing filmmaker. He is like James Cameron has taken steroids," maintains Akshay Kumar. Akshay Kumar: Speaking In Marathi With Rajinikanth Is The Most Exciting and Enjoyable Experience Of Working in 2.0!

Working in the south film demands one to be technically more sound, compared to Bollywood.  Akshay seconds that opinion. "If the call time is 7 and the shoot is scheduled at that time, all the actors--however big or small they are-- will turn up at the appointed hour and the shoot commences on time, on the dot," stresses Kumar and adds, "There's so much to learn from there . Humarein yahaan (in Bollywood) 7:30 ka time hai toh 9:30 se pehle kuch shuru bhi nahi hoga."

The film has already managed to surpass it's big feat and that is getting a go ahead from the censor board with a U/A rating. Rajinikanth reprises his role as the genius scientist and creator of Chitti robot in the sequel which has been therefore rightly titled 2.0. Shankar's magnum opus achieves a rare feat of sorts by getting two big icons Akki and Rajinikanth! Fans are only eager to see their proverbial jugalbandi on the big screen.

(The above story first appeared on LatestLY on Nov 26, 2018 05:05 PM IST. For more news and updates on politics, world, sports, entertainment and lifestyle, log on to our website latestly.com).