Allu Arjun Birthday Special: 5 Quotes That Show How Assured and Composed This Dashing Superstar Is IRL

Allu Arjun's birthday is here and instead of talking about his biggest hits, dance tracks, his amazing moves, or stunts, we decided to talk about what he says in public. These five quotes prove he is a humble and honest man. 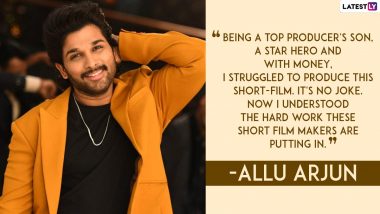 Allu Arjun celebrates his birthday today. He is one superstar who doesn't need a Baahubali to become a megastar. His fun movies and fantastic dance moves are enough. He is also lucky to have an insane fan following which rivals any big superstar of the nation. But the guy stays as humble as a star can be without any airs. Yesterday, his avatar from the movie Pushpa was released and people went wild about it. The actor kept it grungy and raw in the movie. The stunts on display were simply exquisite. Allu Arjun Wishes Wifey Sneha Reddy With the Sweetest Birthday Message, Calls Her the ‘Most Special Person' In His Life (View Pic)

Today on his birthday, we decided to talk about the humble side of the superstar called Allu Arjun. Despite worldwide fame, the actor stays grounded and that can be ascertained from the quotes that he gives during his interviews. Let us tell you about five of them...

Legacy is not a crown! 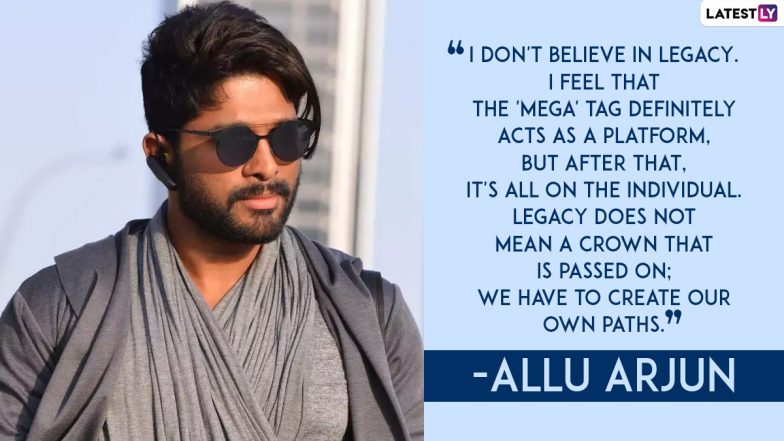 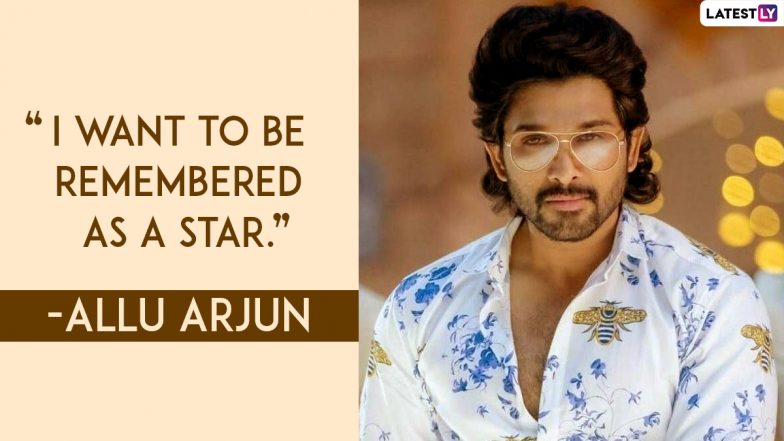 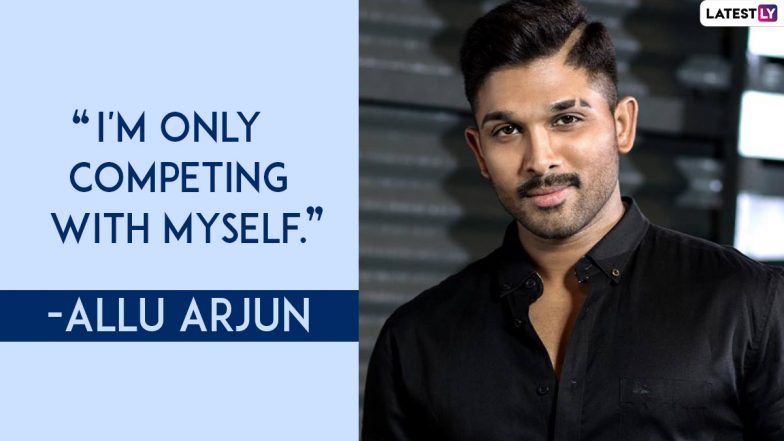 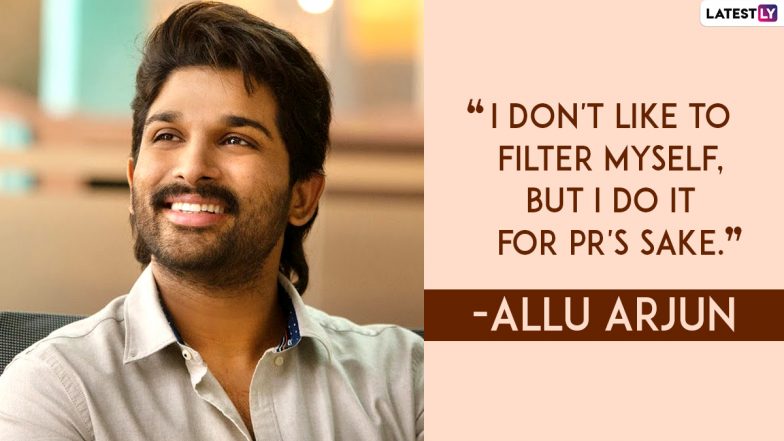 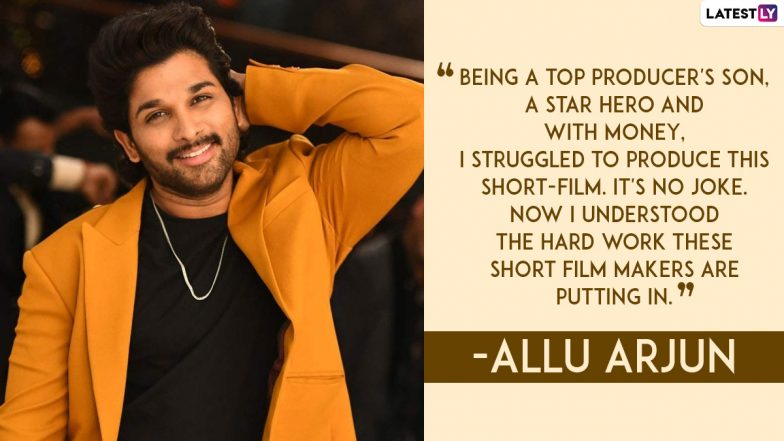 Allu Arjun is also a complete family man. Often his vacay pics with his kids and wife make it to his social media accounts and leave us asking for more. It's amazing to see the actor balance his life as a film star and a family guy so well.

(The above story first appeared on LatestLY on Apr 08, 2021 12:00 AM IST. For more news and updates on politics, world, sports, entertainment and lifestyle, log on to our website latestly.com).