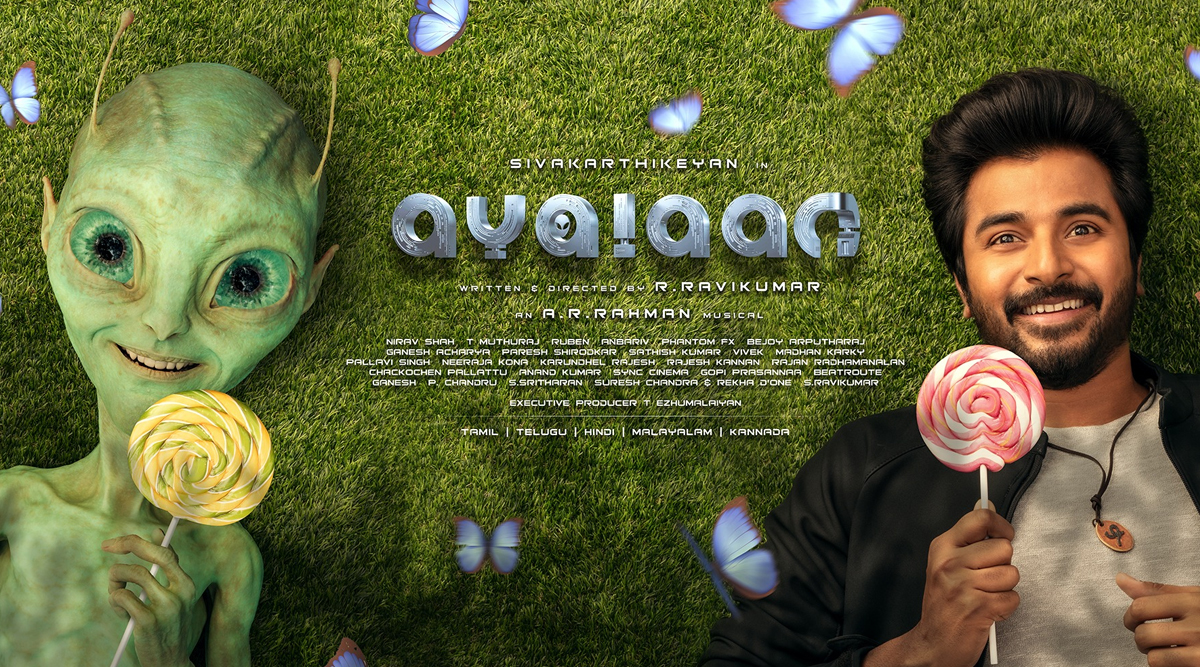 Sivakarthikeyan fans are in for a double treat! On his birthday, the makers of his upcoming films are hell bent on making fans' day special too. Earlier in the day, the makers of the film Doctor released a brand new poster. Now, the fans get their second treat in the form of Tamil film Ayalaan's first look. This one turns out to be a super cool surprise for the fans as there is an alien involved! Doctor First Look: Sivakarthikeyan’s Bloodied Hands Will Make You Curious for This Film! (View Pic).

The flick is said to be a sci-fi film with space, aliens and astronomers included. In the first look, the fans get to see Sivakarthikeyan with a candy in his hand, introducing everyone to his friend. Now this is friend is a non-human creature from the outer space. The green coloured alien is all smiles with a candy in his hand. Is his name Ayalaan? You'll know soon. The duo is seen lying on lush green grass with butterflies all around. The first look is definitely impressive and a promise that something fresh is getting offered to the fans.

The actor will share the screens space with Rakul Preet Singh. She is reported to play an astronomer in the flick. It will be interesting to see how her role turns out to be. Most of them even might get the good ol' Koi Mil Gaya feels as 'jadoo' has been a sort of benchmark when it comes to alien friends! The music of the R Ravikumar directorial is given by ace composer AR Rahman. It also stars Sharad Kelkar, Isha Koppikar, Yogi Babu, Karunakaran, Bhanupriya, Bala Saravanan in crucial roles.