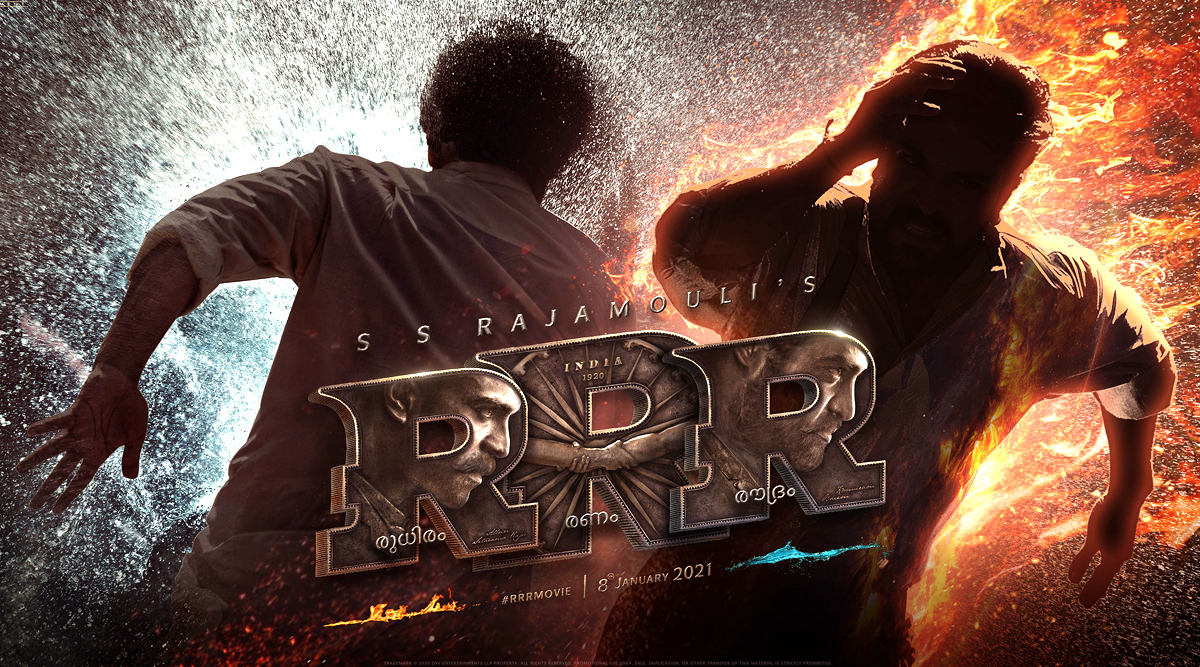 On March 26, the hero of Tollywood, Ram Charan, joined Twitter. It was indeed a major surprise for all his fans, a day before his birthday. And it was his first tweet that won hearts. He tweeted that he would be contributing Rs 70 lakh to the states of Andhra Pradesh and Telangana CM relief funds. Last evening Jr NTR, the co-actor of his upcoming flick RRR, announced that he would be releasing a surprise video on March 27 at 10am. While sharing this update, he also shared the hashtag #BheemForRamaraju, which means it is going to be about Komaram Bheem (Jr NTR) and Alluri Sitarama Raju (Ram Charan). RRR: The Motion Poster of JR NTR and Ram Charan's Next with SS Rajamouli Serves as the Perfect Ugadi Treat for all their Fans.

Jr NTR wrote, “Bro @AlwaysRamCharan, I wish I could've celebrated your birthday under better circumstances. But since we're under a lockdown & because staying home is important, I'm giving you a digital surprise at 10am tomorrow. Trust me,this is a bang you won't ever forget #BheemforRamaraju.” Ram Charan had a witty response to that tweet. He responded saying, “Woahhh! I think I have joined twitter at the right time or else I would have missed your surprise bro.. Can’t wait for tomorrow...” Well, just like the actor, even his fans cannot wait to watch this special video that would be released in five Indian languages – Telugu, Tamil, Hindi, Kannada and Malayalam. Ram Charan Birthday Song: A Special Number Titled ‘Ram Konidela’ Released, Dedicated to the Mega Power Star of Tollywood! (Watch Video).

Bro @AlwaysRamCharan, I wish I could've celebrated your birthday under better circumstances. But since we're under a lockdown & because staying home is important,I'm giving you a digital surprise at 10am tomorrow. Trust me,this is a bang you won't ever forget #BheemforRamaraju pic.twitter.com/Xq13wBBXOY

Hardly an hour to go, and the special video will be dropped online! We just cannot wait to watch it. RRR, directed by SS Rajamouli, is an upcoming magnum opus, which also features Alia Bhatt and Olivia Morris as the leading ladies. This film is a fictional story revolving around the country’s revolutionary freedom fighters, Alluri Sitarama Raju and Komaram Bheem. RRR is all set to be released on January 8, 2021!