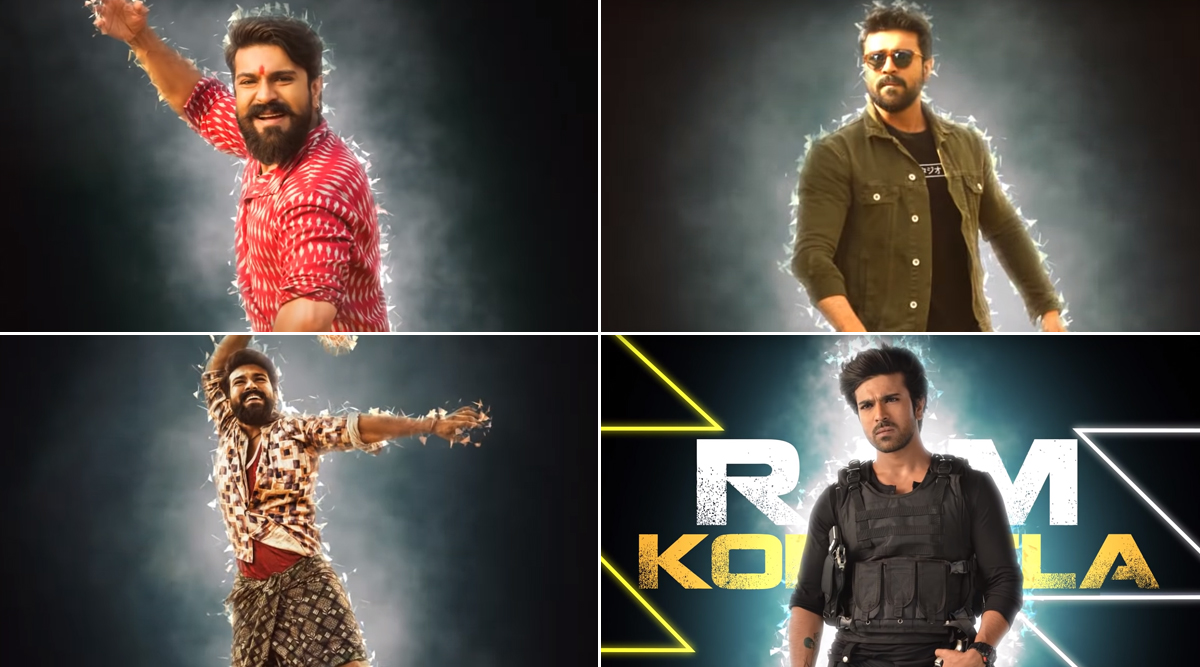 It is Ram Charan’s birthday today (March 27), and from family to industry members to fans, all have been pouring in birthday wishes for the actor across social media platforms. The wishes started not from midnight, but much in advance. But what has turned to be special is the song titled “Ram Konidela”, which was released on the eve of Ram Charan’s birthday. The song was produced by Siva Cherry, the Executive Producer of Venkatadri Talkies and General Secretary for Rastra Chiranjeevi Yuvatha. Ram Charan Birthday Special: Magadheera, Rangasthalam – 5 Best Movies Of Telugu Cinema’s Hero!

In the opening of this lyrical video, the makers have thanked Ram Charan’s parents – Megastar Chiranjeevi and Surekha for gifting Mega Power Star Ram Charan to all the fans. This a peppy number, a club/trap, crooned by Surendra (Scorpion). It will give you glimpses of Ram Charan’s work in the Telugu film industry, highlighting some of his popular characters that were lauded by critics and fans. While sharing this track, producer Siva Cherry mentioned in his Insta post, “Out of my ❤ towards @AlwaysRamCharan garu I'm dedicating this spl song to him.From being Tenali Fans President to become Rashtra RamCharanYuvaShakthi Founder President he is my guiding force&my love towards him is eternal”. Ram Charan Joins Twitter! Vivek Oberoi, SS Karthikeya and Others Impressed with Tollywood Hero’s First Tweet.

Ram Charan who joined Twitter on March 26, has thanked all his fans for the wishes. He wrote, “I am amazed by all the heartfelt wishes pouring in since midnight! Love you all. With all this, there's one gift that I'd like from you all. Please, please stay at home till the lockdown ends! That's the best gift you all can give me! :) #StayHomeStaySafe”. On the work front, the actor will next be seen in RRR. The makers are all set to share a surprise today at 10am. Stay tuned for further updates!