Mollywood superstar Prithviraj, who is a huge sensation in the South, has bought himself a Lamborghini worth Rs 3.25 crore. 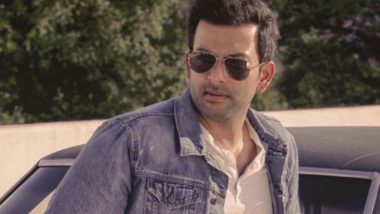 Malayalam superstar Prithviraj, who is a huge sensation in the South, has bought himself a Lamborghini worth Rs 3.25 crore. Not just that, the actor also got a stylish registration number KL 07 CN 1 for his Lamborghini in an auction held in Kochi RTO by paying Rs 7 lakh. Reports suggest that the actor paid a hefty sum of Rs 43.16 lakh as road taxes for his high-end swanky new ride! So now, he doesn’t have to worry about a knock on his door by the taxmen.

According to online reports, the registration number: KL 07 CN 1, was recently put on auction at the Ernakulam RTO, and the bidding for it began at Rs. 10,000. Through his representatives, Prithviraj outbid others to drive home with the CN 1 number. The Huracan in question was delivered to the movie star late last year.

According to reports, buyers of cars priced above Rs 20 lakh are obliged to pay 20 percent in tax for registering in Kerala, whereas in Pondicherry the buyer will have to just pay 13.75%. some of the popular Malayalam actors like Fahadh Faasil and Amala Paul had been accused of forging documents to save taxes after registering their cars. The actors in question had also appeared before the Crime Branch following the order from the Kerala High Court in the case, reports The Indian Express.

Prithviraj, meanwhile, is the first Malayalam actor to own a Lamborghini model.

(The above story first appeared on LatestLY on Mar 16, 2018 09:57 AM IST. For more news and updates on politics, world, sports, entertainment and lifestyle, log on to our website latestly.com).