Sudha Kongara, who directed critically acclaimed films like Saala Khadoos and Soorarai Pottru, has now joined hands with the makers of KGF. Hombale Films took to their Twitter to make a huge announcement regarding their next with Kongara. 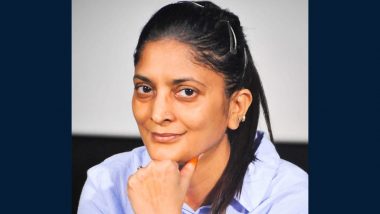 Kannada production house Hombale Films, which is basking in the glorious success of Yash-starrer KGF: Chapter 2, took to their Twitter to make a huge announcement regarding their next with Sudha Kongara.

The press note released by Hombale Films reads, "Some true stories deserve to be told, and told right. We, at Hombale Films, are proud to announce our next film with director Sudha Kongara. A story that we are certain will capture India's imagination like all our films have'

The announcement has piqued the interest of the entire Indian film industry, and Sudha had previously confirmed that she will be reuniting with Suriya (after Soorarai Pottru) for another true story. In the coming days, we'll find out whether it's this project or another.

(The above story first appeared on LatestLY on Apr 21, 2022 01:41 PM IST. For more news and updates on politics, world, sports, entertainment and lifestyle, log on to our website latestly.com).