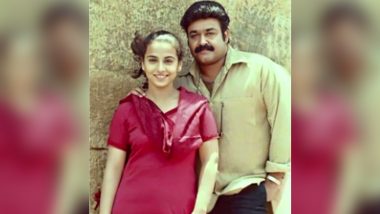 Actress Vidya Balan on Tuesday walked down memory lane and shared an old picture with Malayalam superstar Mohanlal. Taking to Instagram Stories, Vidya revealed that "Chakram" was meant to be her first Malayalam film, and Mohanlal her first Malayalam co-star. Unfortunately, the film got shelved owing to unknown reasons. Vidya Balan’s Emotions in her Filmfare Photoshoot Resonate with Ours When We Say ‘Weekend’s Here’

"Tbt 2000...pic taken on the set of my first Malayalam film #Chakram with @mohanlal! The film got shelved after the first schedule...not looking as bad as I imagined I did," she wrote. In the image, Vidya is seen dressed in plain red suit while Mohanlal looks dashing in thick moustache. Shakuntala Devi’s Daughter Anupama Banerji Clarifies Her Father Was Not Gay Contrary to Recent Controversy Surrounding Her Biopic, Starring Vidya Balan. 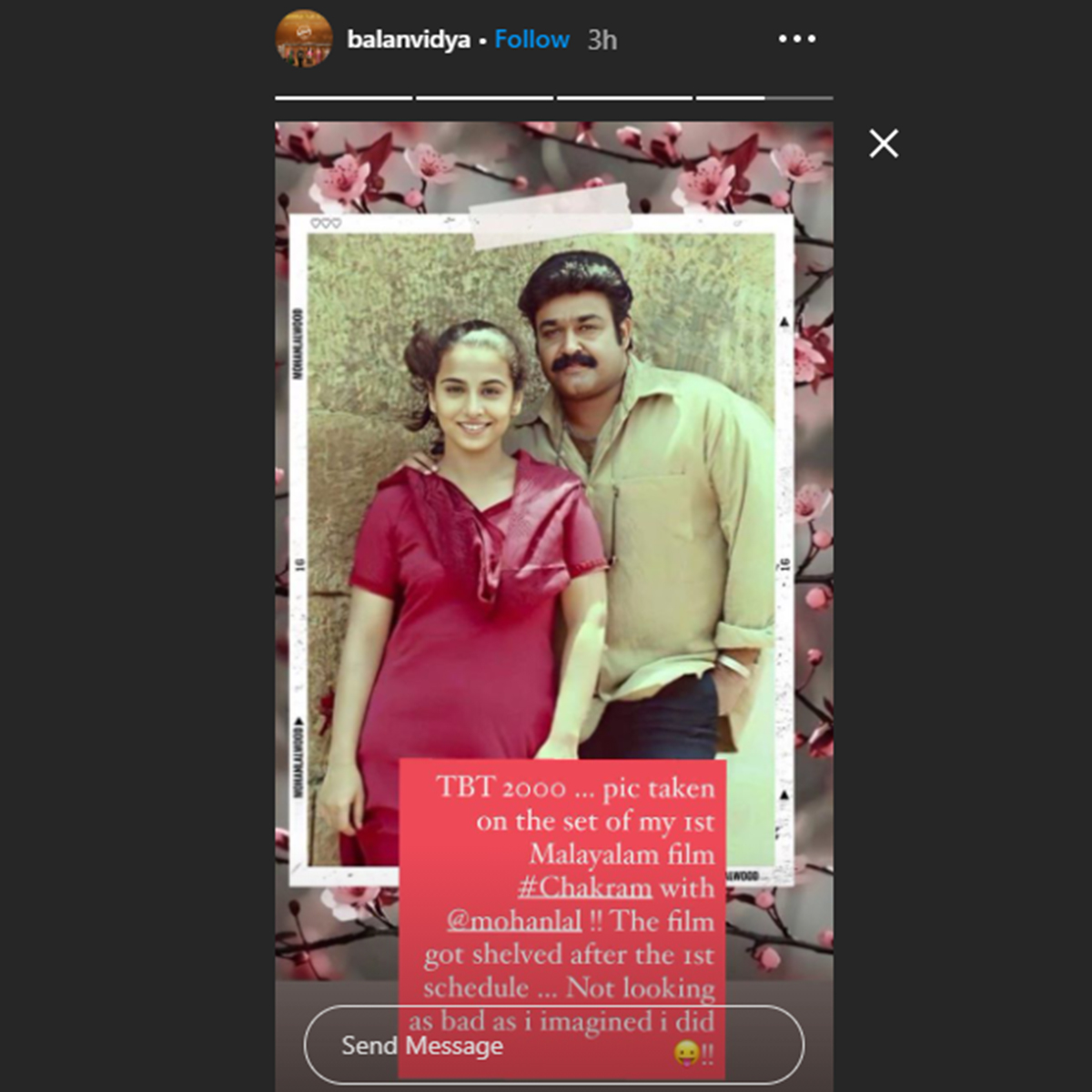 Vidya was last seen in "Shakuntala Devi". The film casts her in the title role of the mathematics genius Shakuntala Devi. She also recently turned producer when she co-produced the self-starring short film, "Natkhat", which addresses patriarchy and toxic masculinity.

(The above story first appeared on LatestLY on Sep 15, 2020 07:06 PM IST. For more news and updates on politics, world, sports, entertainment and lifestyle, log on to our website latestly.com).