Aasiya Kazi, who rose to fame with her first TV show Bandini alongside Ronit Roy, has one of the most amazing glow-up in recent times. We stalked her on Instagram and were quite stunned. 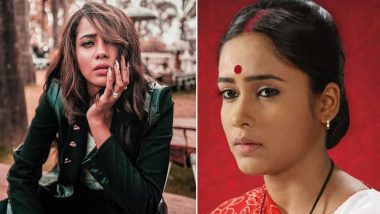 Aasiya Kazi's recent interview to a daily regarding her first show Bandini and first co-star Ronit Roy is going viral. Bandini was one of the hit shows on NDTV Imagine, which went defunct soon after. Since that show aired, Aasiya has been part of several projects and her glow-up has been quite noticeable. Check out a few pictures of her transformation. Raj Kaushal Funeral: Mandira Bedi Breaks Down As Ronit Roy Consoles Her In These Images

We stalked Aasiya's Instagram to bring to you some of the amazing pictures of the actress which are far removed from what she looked like in Bandini.

The glow in her eyes

Aasiya has been part of Tenali Rama for which she received a lot of praise from the young fans of the show. She told TOI, "I got so many messages from kids, who were upset when Tenali Rama went off-air. It was a show, which my entire family would watch together and they would give me feedback too. " Aasiya too credited Ronit Roy for making her aware of the struggles of the industry.

(The above story first appeared on LatestLY on Jul 02, 2021 12:31 PM IST. For more news and updates on politics, world, sports, entertainment and lifestyle, log on to our website latestly.com).