The film narrates the tale of a small-town girl who, despite all hurdles, decides to fight the oppressive patriarchy and takes off on a quest for justice. 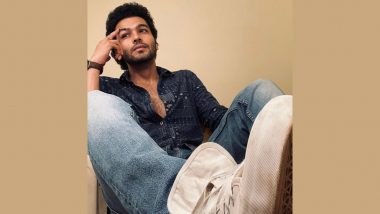 With the evolution of content, there are a lot of unconventional concepts in the making. TV and film mediums have been challenged with the emergence of a third medium and all the artists who want to explore themselves and get creative satisfaction are opting to experiment themselves. #Siya - the Story of a Small-town Girl Who, Against All Odds, Decides to Fight for Justice ... - Latest Tweet by Taran Adarsh.

The film stars Pooja Pandey and Vineet Kumar Singh. It narrates the tale of a small-town girl who, despite all hurdles, decides to fight the oppressive patriarchy and takes off on a quest for justice. The film will be directed by Manish Mundra. Now we have news that actor Ansh Pandey, who is currently seen in TV show Banni Chow Home Delivery is playing a pivotal role in the film. He will be seen as the main antagonist.

SIYA is a reflection of the hard-hitting, gritty drama that’s guaranteed to generate social conversations. Keep reading LatestLY for more information from the world of OTT and television. How excited are you to watch the film? Let us know in the comments below!

(The above story first appeared on LatestLY on Aug 11, 2022 04:53 PM IST. For more news and updates on politics, world, sports, entertainment and lifestyle, log on to our website latestly.com).