Before How I Met Your Father, Did You Know There Was ‘How I Met Your Dad’ Starring Greta Gerwig? Here’s What Happened to This Lost HIMYM Spin-Off!

The show would follow an older Sally in the distant future played by Meg Ryan, who would write a series of letters to her daughter explaining how she met her dad. In 2014, we would follow Sally separating with her first husband Gavin, and move in with her brother. 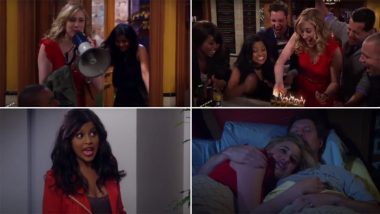 How I Met Your Dad (Photo Credit: 20th Century Studios)

How I Met Your Mother was a huge hit with audiences. In a time where sitcoms were thriving with amazing shows like Two and a Half Men and That 70’s Show, came How I Met Your Mother to give all of them a run for their money. How I Met Your Mother follows a father telling his children the story of how he met their mother in the distant future, with the show cutting back to modern day and showcasing his experience of how that happened. How I Met Your Father: Streaming Date and Time, How to Watch Hilary Duff's HIMYM Spinoff Series on Disney+ Hotstar!

Audiences quickly loved the premise of the show as it was something new and exciting featuring some great comedy. Not to mention the amazing characters we got. Ted Mosby, Robin Scherbatsky, Marshall Eriksen, Lily Aldrin, Barney Stintson and Tracy McConnell all instantly became pop culture icons. So much so that their dynamic was being compared to that with the characters of Friends. But, things took a turn for the worse when the show ended up having a lackluster finale and many fans were left disappointed. But, How I Met Your Mother was already cemented as one of the best sitcoms we had gotten in a good while.

Before the ending of How I Met Your Mother, there were discussions of a spin-off taking place. Original series creators Carter Bays and Craig Thomas talked about wanting a woman lead spin-off to take place. The writers would eventually end up with the idea of How I Met Your Dad.

The series then would cast Greta Gerwig in the lead role of Sally. The show would follow an older Sally in the distant future played by Meg Ryan, who would write a series of letters to her daughter explaining how she met her dad. In 2014, we would follow Sally separating with her first husband Gavin, and move in with her brother.

The show would also feature a gay character in Sally’s brother named Danny who would be played by Andrew Santino. He would have a husband named Todd played by Drew Taver. Their main plotline would have been adopting and raising a child together.

Sally would also have been set up on a blind date by her best friend Juliet. She would go out with a man named Frank, played by Nicholas D’Agosto, who in a twist would turn out to be the father of Sally’s children.

All of this sounds really amazing and interesting considering it’s not just a copy and paste of the previous show with gender swapped characters. There is real character growth here and most of the characters sound really interesting to follow through.

There would be a pilot for the show shot as well. Sadly, the pilot would disappoint the executives. Given one more chance to do it right, the creators would decline to reshoot the pilot and the network would eventually pass on the show. This would cause How I Met Your Dad being shopped to other networks like Netflix, Fox or NBC, but no one wanted it. This would cement the death of How I Met Your Dad. How I Met Your Father Review: Hilary Duff’s Sitcom Lacks the Spark When Compared to OG HIMYM, Say Critics.

Two years later, the script for the pilot would eventually leak online, and four years later after this incident the entire pilot episode would leak on the internet. Fans loved what they saw and wondered what could have been. If you want to get a glimpse of the pilot, you can see a trailer for it that was posted online.

(The above story first appeared on LatestLY on Jan 18, 2022 06:39 PM IST. For more news and updates on politics, world, sports, entertainment and lifestyle, log on to our website latestly.com).