Naxal: Tinaa Dattaa Opens Up About Her Character in Her Digital Debut 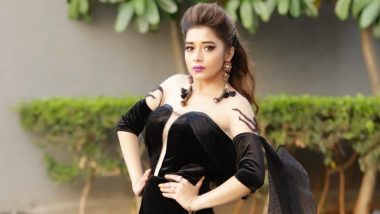 Actress Tinaa Dattaa is set to foray into the digital world with an upcoming web series. The actress, best known for starring in the TV show "Uttaran", is now excited to make a shift into the digital space. Speaking about her web series "Naxal" and her role in it, Tinaa shared: "'Naxal' is going to showcase me in a very different avatar this time. Something I have not experimented with before on screen." Naxal: Rajeev Khandelwal Speaks Up About Resuming the Shoot of His ZEE5 Show Post COVID-19 Crisis

"I play the role of Ketki, a nice, sweet and loving girlfriend of a police office in the show. I will be playing the main lead in the show, with a lot of twists and turns to my character and the storyline, also something which I am very excited for everybody to see," she added. Naxal: Rajeev Khandelwal to Play a Cop in the Upcoming ZEE5 Series

Also starring Aamir Ali and Rajeev Khandelwal, the show will be shot in Goa.

(The above story first appeared on LatestLY on Aug 02, 2020 02:28 PM IST. For more news and updates on politics, world, sports, entertainment and lifestyle, log on to our website latestly.com).