Rajinikanth's 'Into the Wild with Bear Grylls' Episode To Air on Discovery Channel At This TIme; Here's How You Can Watch it Before That! 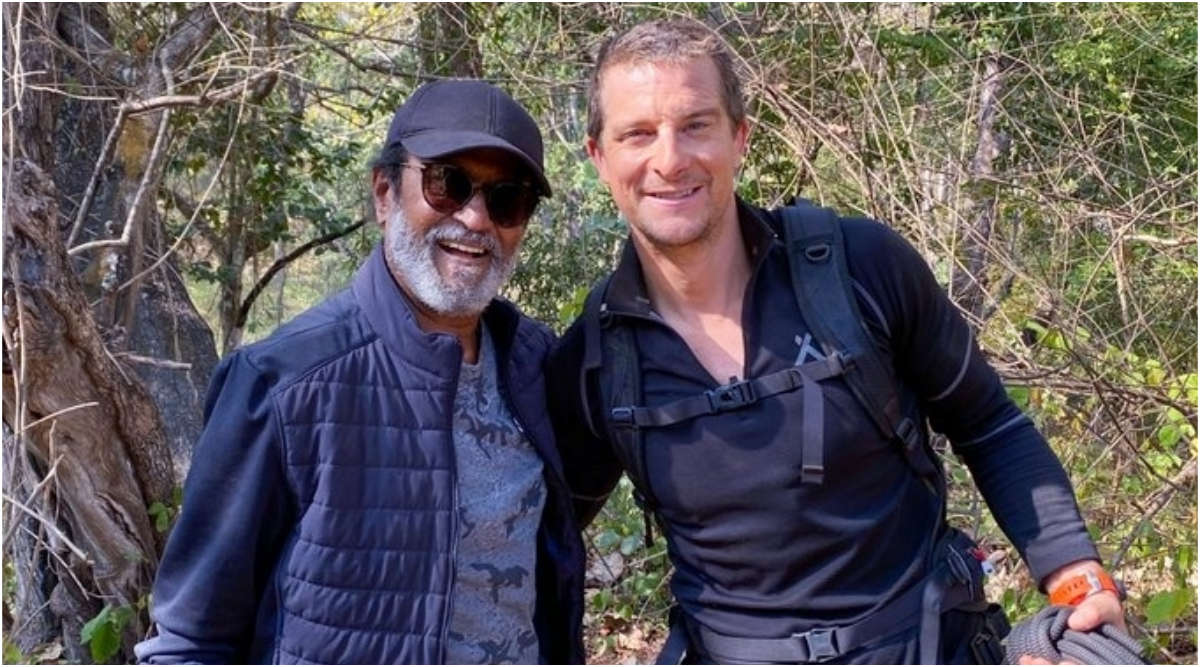 Superstar Rajinikanth recently shot with Bear Grylls for an episode on his wildlife show, 'Into the Wild with Bear Grylls'. The South star followed PM, Narendra Modi's suit who had previously shot for a similar episode. The actor described his experience as extremely enriching and can't wait for his fans to have a look at it. While the episode's television premiere is scheduled for March 23 at 8:00 p.m. Discovery channel, you have an opportunity to catch its early preview.  Man Vs Wild: Akshay Kumar Becomes the First Bollywood Actor to Shoot an Episode With Bear Grylls!.

The Discovery channel like Disney has entered the OTT market with its own digital streaming platform, Discovery Plus. And Rajinikanth's episode with Bear Grylls is scheduled to have a premiere on Discovery Plus at 6:00 a.m. on March 23. The episode was shot in the lush green Bandipur forest in Karnataka and going by its recently released promo, we can assure you a thrilling ride ahead. Discovery Trends Rajinikanth's Dance Challenge Ahead of Bear Grylls' Into the Wild Telecast.

Can’t bear the anticipation any longer? You don’t have to.

Watch Into The Wild with @BearGrylls and Superstar @Rajinikanth as they take us through a real adventure. Premieres tonight at 8 PM.

One of the most adventurous experiences of my life !! Hope you all enjoy watching this show as much as I did being on it !!!#IntoTheWildWithBearGrylls @BearGrylls thank you so much my friend @DiscoveryIN 👍🏻🙏🏻

"One of the most adventurous experiences of my life !! Hope you all enjoy watching this show as much as I did being on it," tweeted Thalaiva while sharing the details about the airing of his episode. So go ahead, subscribe to Discovery Plus if you still haven't and watch all the fun Rajinikanth had while exploring the forests of Bandipur.