Shivangi Joshi Birthday: From Being a Prabhas Fan to a Trained Kathak Dancer, Interesting Facts About the Yeh Rishta Kya Kehlata Hai Actress! 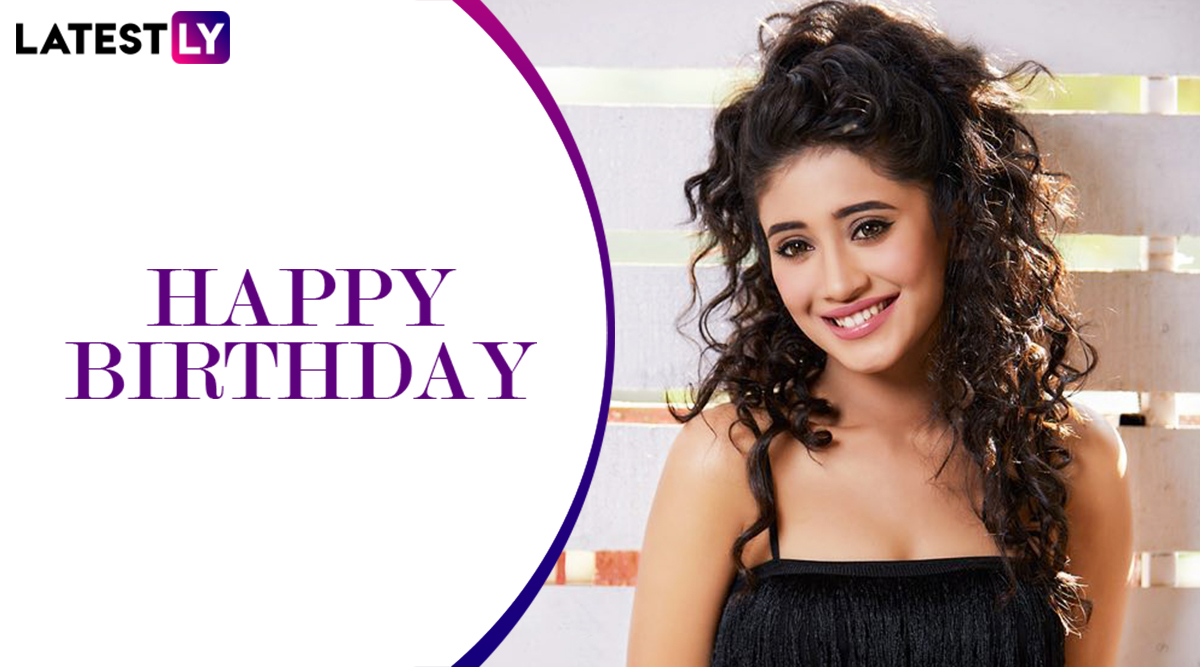 Shivangi Joshi is a huge name from the television world and hardly needs any introduction. She started her career into the TV space in 2013 with Khelti Hai Zindagi Aankh Micholi, but it was her stint as Naira on Star Plus’s hit show, Yeh Rishta Kya Kehlata Hai which made her super famous. From there on it was no looking back for the actress and today she is a household name. Having said that, the gutsy Naira of Indian TV turns a year older on May 18, 2020. While fans surely know how bubbly and charming she is in real life, some interesting facts about her are still lesser-known. So today on her birthday we bring to light some of those facts and hope it’ll add on to your knowledge about the actor. Yeh Rishta Kya Kehlata Hai: Shivangi Joshi Joins Mohsin Khan and Shaheer Sheikh, Films For Her Show From Home.

First things first, did you know that Shivangi actually is a big Prabhas fan. As in August 2019, the actress had a fangirl moment with the South superstar and also clicked pictures with him. She had bumped into the Baabubali star at an event. Another scoop about her is that she is a trained Kathak dancer and fans have already seen the glimpses of the same in her daily soap, YRKKH.  Also, Shivangi this year was supposed to walk the Cannes 2020 red carpet. But her dream was shortlived due to coronavirus outbreak. However, she took the bitter update sportingly and expressed how safety is of utmost importance at such grim times. Yeh Rishta Kya Kehlata Hai's Shivangi Joshi Follows In Ex Co-Star Hina Khan's Footsteps, To Walk The Cannes Film Festival Red Carpet in 2020.

Shivangi spent her childhood a lot around Rishikesh and did her schooling from Pine High School, Dehradun. The supreme talent by the age of 20 had also snatched many TV awards including Star Parivaar Awards and Zee Gold Awards. Apart from YRKKH, the actress has entertained fans in Beintehaa, Begusarai, Love By Chance, Yeh Hai Aashiqui, and Pyaar Tune Kya Kiya. Here's wishing the actress a cool birthday. Stay tuned!