Hansal Mehta has come out in support of The Big Bull which is getting slightly dismissed on social media in favour of the director's SonyLIV series Scam 1992. Both of them are based on the rise and fall of Harshad Mehta and so, comparisons are all over the place. 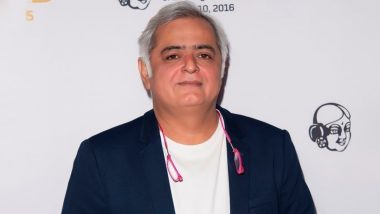 The Big Bull trailer released today and Twitterati have already been feeling the Scam 1992 pangs. Now that was bound to happen. When you have two pieces of content on the same subject, the first impression mostly remains the only impression. While the sentiment is understandable, it is unfair to dismiss one for the other. That's exactly what Hansal Mehta wants people to understand who just can't stop comparing Abhishek Bachchan's Harshad Mehta turn with Pratik Gandhi's. Abhishek Bachchan’s The Big Bull Trailer Twitter Reactions Prove Fans Are Not Over Pratik Gandhi’s Scam 1992 Yet!

Mehta took to Twitter to request the fans of the show to understand the work and effort of so many people behind the movie. He himself praised the trailer and so did Pratik Gandhi.

Please don’t make unfair comparisons. There can be multiple tales on the same story. Every story-teller will have his own way and should be seen independent of the other. This film has so many talents involved just like my show. They’ve done their best and they deserve your love. https://t.co/vHp8CSlmCU

The director of The Big Bull Kookie Gulati has retweeted Mehta's post and thanked him for saying it so eloquently. Well, we too believe one needs to watch the film to drive home opinions. Just similarities are not enough to rule out a work of art.

(The above story first appeared on LatestLY on Mar 19, 2021 01:36 PM IST. For more news and updates on politics, world, sports, entertainment and lifestyle, log on to our website latestly.com).