XXXtentacion was killed on June 18, a year ago. Fans all over the world paid tribute to him over social media. Jehseh still continues to make history even after his death and his fan base still goes strong. 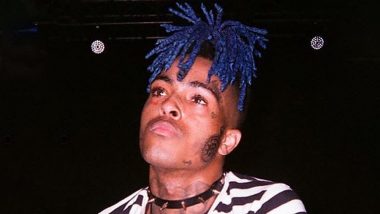 It’s been a year since XXXTencion was shot dead in Florida. On June 18, Jahseh Dwayne Ricardo Onfroy, professionally known as XXXTentacion, was shot dead in his car in Florida, in bright daylight. Many fans were left shattered all around the globe. A lot of celebs joined the mourning over the young star losing his life in a matter of seconds. X began his career on SoundCloud, however, made history on Spotify after his death. YouTube Music Hits 3 Million Downloads in Less Than a Week, Celebrates Success With Musical Night.

XXXTentacion just entered the list of artists who have crossed one billion streams on Spotify. His song “Sad!” just passed one billion streams making him one of the few artists in that list. Currently, there are only 30 artists in the ten digits streams club. If this wasn’t enough, XXXTentacion is the first artist to enter the list after death. "Sad!" Was the lead single from his album ? which climbed to the top of billboard top 200 in March soon after its release.

"Sad!" sits at number 32 of Spotify's top 100 streamed songs. Ed Sheeran's shape of you is the most streamed song while drake is the most streamed artist. Billie Eilish paid tribute XXXTentacion, her friend and the late artist with an Instagram post. Billie wrote: “Miss you. Hope you’re okay up there. Long live you." OMG! Cardi B Looks Super-Sultry in Her Boob-Flashing Fishnet Dress for an LA Outing With Offset, Leaves Netizens Thirsty.

(The above story first appeared on LatestLY on Jun 20, 2019 11:41 AM IST. For more news and updates on politics, world, sports, entertainment and lifestyle, log on to our website latestly.com).