Deepika S Rajawat , the lawyer representing the family of the deceased has been threatened as well 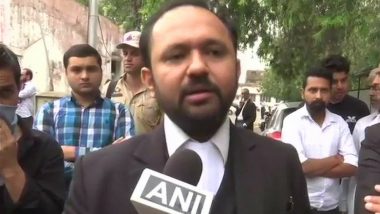 Kathua, April 18: The entire nation was shaken badly as the gory details of the Kathua rape and murder case came up. However, there was one woman who fought bravely, undetered by external pressure. Shwetambri Sharma, the lone woman officer in the Special Investigative Team that was formed to solve the case, which is under a lot of unwanted media attention. As per reports, Shwetambri Sharma had to face immense threats, but despite threats and blackmail, she and the rest of the members did not give up, and settled only for the truth. From evidence tampering to communal pressure, Shwetambri faced it all during the investigation but did not quit.

Jammu-based advocate, Ankur Sharma who is appearing for five out of the eight accused in the case, told News18 that Shwetambri Sharma, is a woman, and therefore, questioned her intelligence in cracking the case of a eight-year old girl, who was brutally gang-raped and murdered in Kathua. According to the report, the defence counsel has further raised his doubts on Shwetambri and has passed a sexist comment, saying "she is a "woman and a new officer, she was misguided by someone".

Deepika S Rajawat , the lawyer representing the family of the deceased has been threatened as well . She was quoted as saying, "I don't know how long I will be alive. I can be raped...My modesty can be outraged. I can be killed, I can be damaged. I was threatened yesterday that 'we will not forgive you'. I am going to tell the Supreme Court tomorrow that I am in danger."

The victim's father earlier this week had requested the Supreme Court to shift the trial to Chandigarh, citing a backlash and security fears for his family. There has been wide-spread protests across the nation, with celebrities, politicians and common people demanding stringent action against the accused.

(The above story first appeared on LatestLY on Apr 18, 2018 01:28 PM IST. For more news and updates on politics, world, sports, entertainment and lifestyle, log on to our website latestly.com).