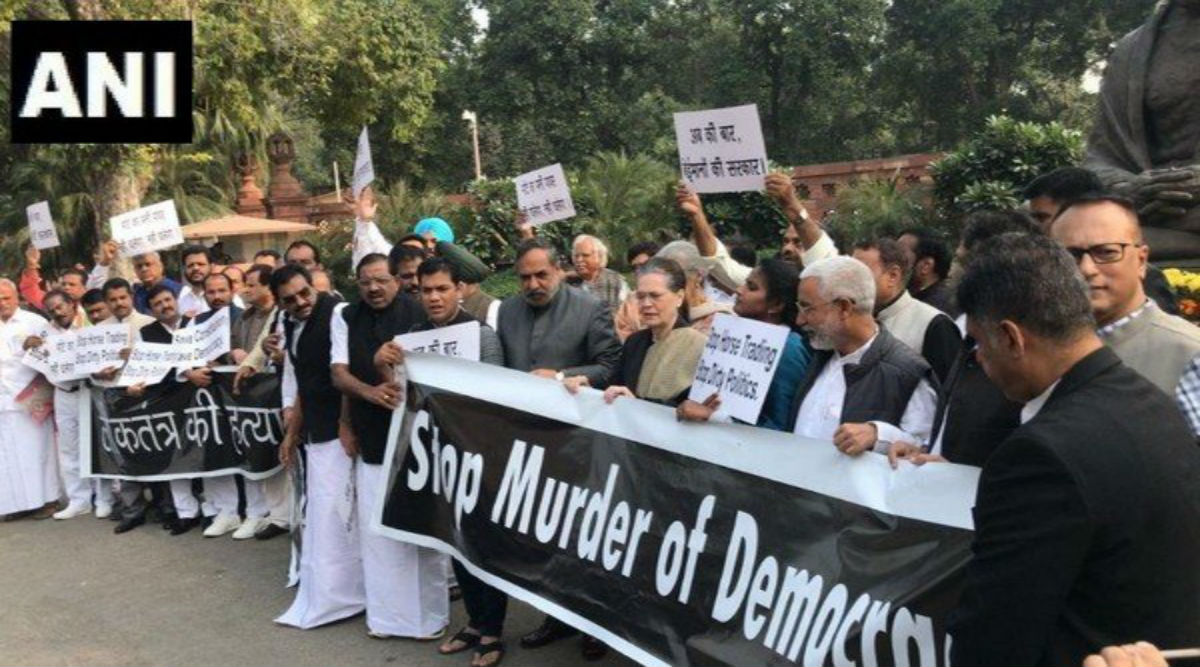 New Delhi, December 10: The Congress has asked all its state unit chiefs to hold protests in state headquarters against the Citizenship (Amendment) Bill on Wednesday. Congress general secretary organisation K C Venugopal, in a letter to PCC chiefs and Congress legislative party leaders, asked them to organise protests as the bill is taken up for consideration and passing in Rajya Sabha on Wednesday.

Asserting that the Congress is opposing the bill, he said on Tuesday that the party needs to enlighten the public at large of its stand and mobilise support in favour of its decision. Citizenship Amendment Bill 2019: Eight Trains Cancelled, 8 Short-Terminated in Assam Due to ‘Rail Roko’ Protest Against CAB.

On Monday, Lok Sabha passed the bill, which seeks to grant citizenship to non-Muslims from Pakistan, Bangladesh and Afghanistan if they fled their native country due to religious persecution.