General Manoj Mukund Naravane celebrates his 60th birthday on April 22. General MM Naravane is a 'four-star’ rank officer and the 28th Chief of Army Staff (COAS). General Naravane hails from Pune. He served as the 40th Vice Chief of Army Staff (VCOAS) of the Indian Army from September 1, 2019, to December 31, 2019. He took over from General Bipin Rawat as the 28th Army Chief. 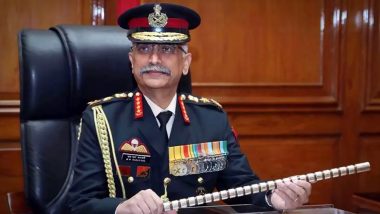 Here are Interesting Facts About the 28th COAS:

(The above story first appeared on LatestLY on Apr 22, 2020 08:00 AM IST. For more news and updates on politics, world, sports, entertainment and lifestyle, log on to our website latestly.com).